The Baha’i Temple in Santiago, Chile, is a house of worship set against the striking backdrop of the Andes foothills and mountains. The temple’s luminous form is meant to evoke a sense of crystallized light, a concept referenced by Baha’i faith texts. The unique geometry is composed of nine sweeping shells, inspired by organic leaf forms, which are arranged radially, resulting in a domed building form.

Each leaf-like shell is designed as a double skin enclosure, fully concealing the steel support structure between translucent inner and outer skins. The exterior skin is composed of cast-glass panels on pre-bonded aluminum cassette frames, while the inner skin is composed of laminated stone and glass panels. This configuration gives the interior skin cladding the appearance of natural stone, while remaining translucent for natural day-lighting and emitting a soft glow when viewed from the exterior at night. Secondary to the double skin system, transparent single skin glazing systems infill between the shells, allowing unobstructed views to the exterior. 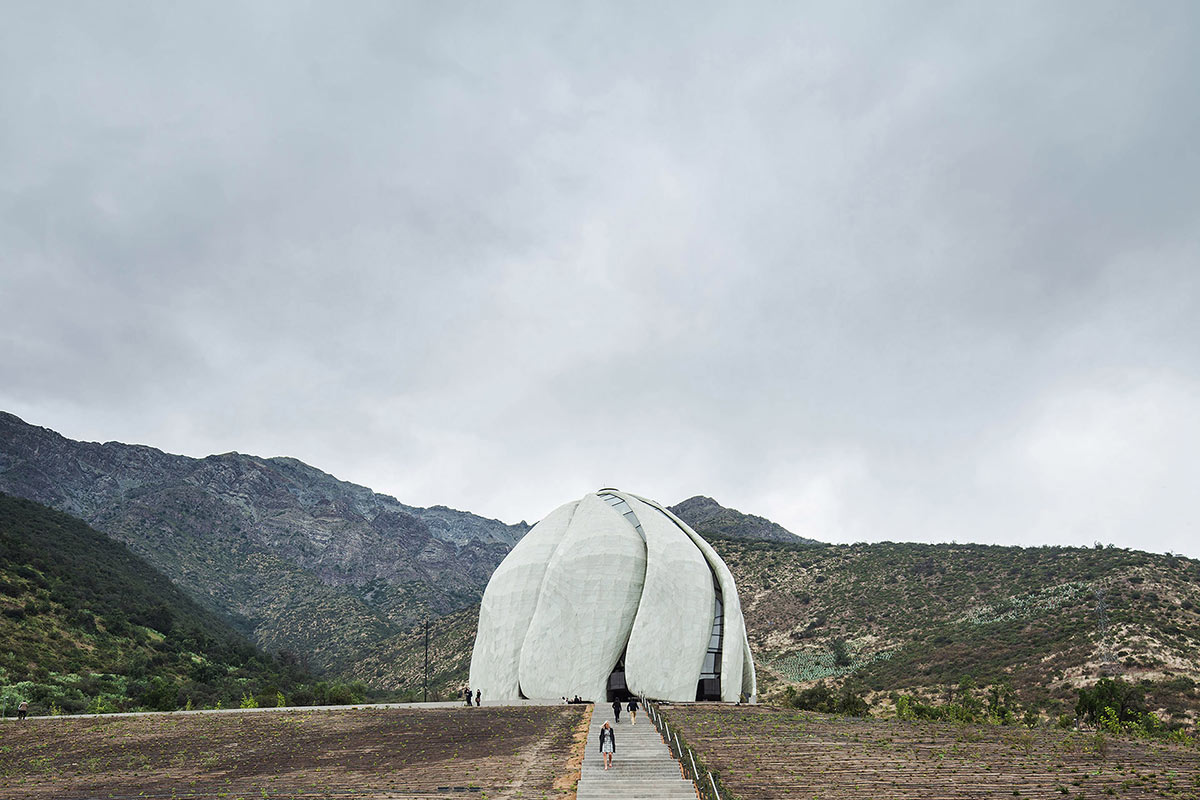 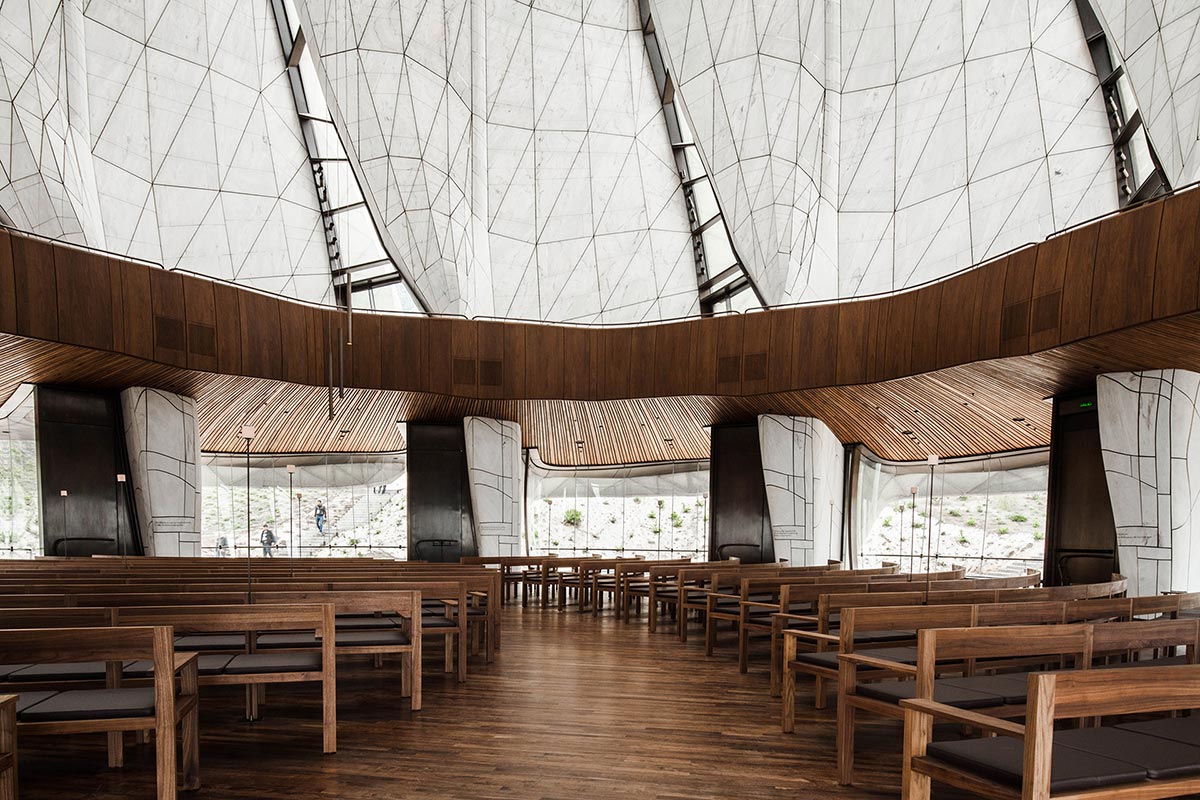 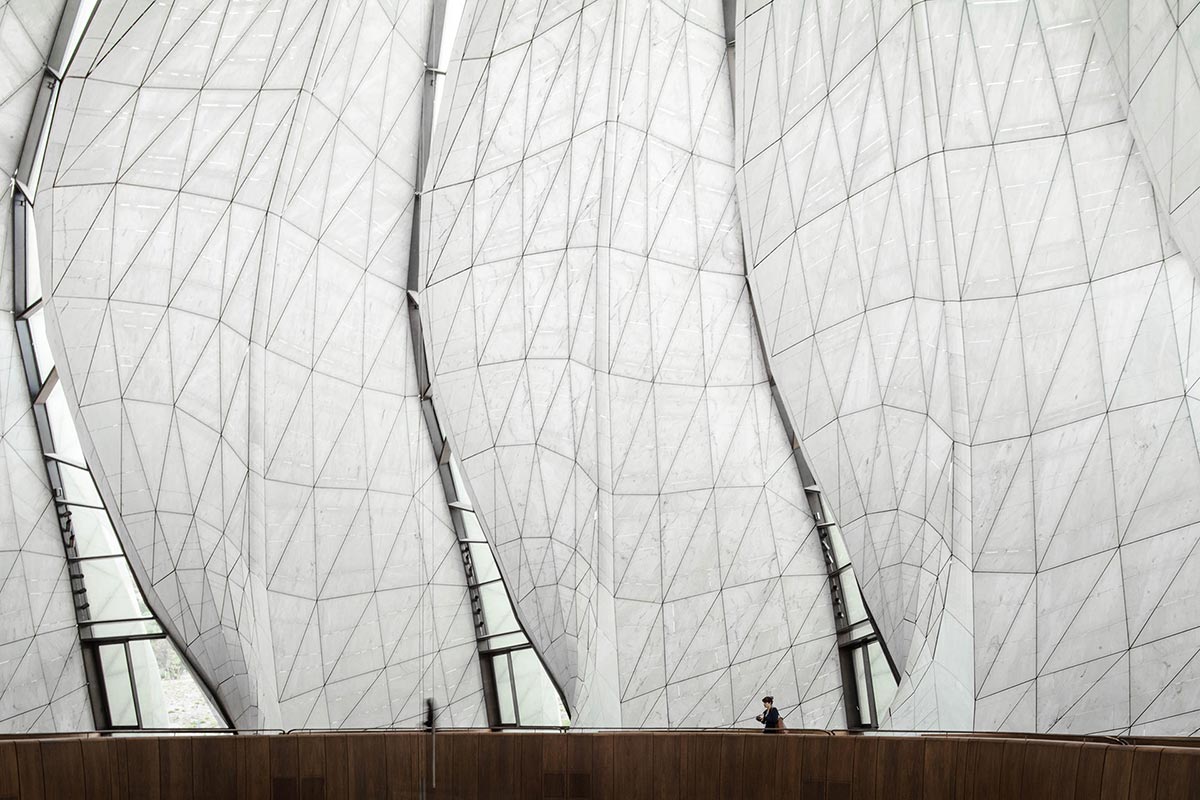 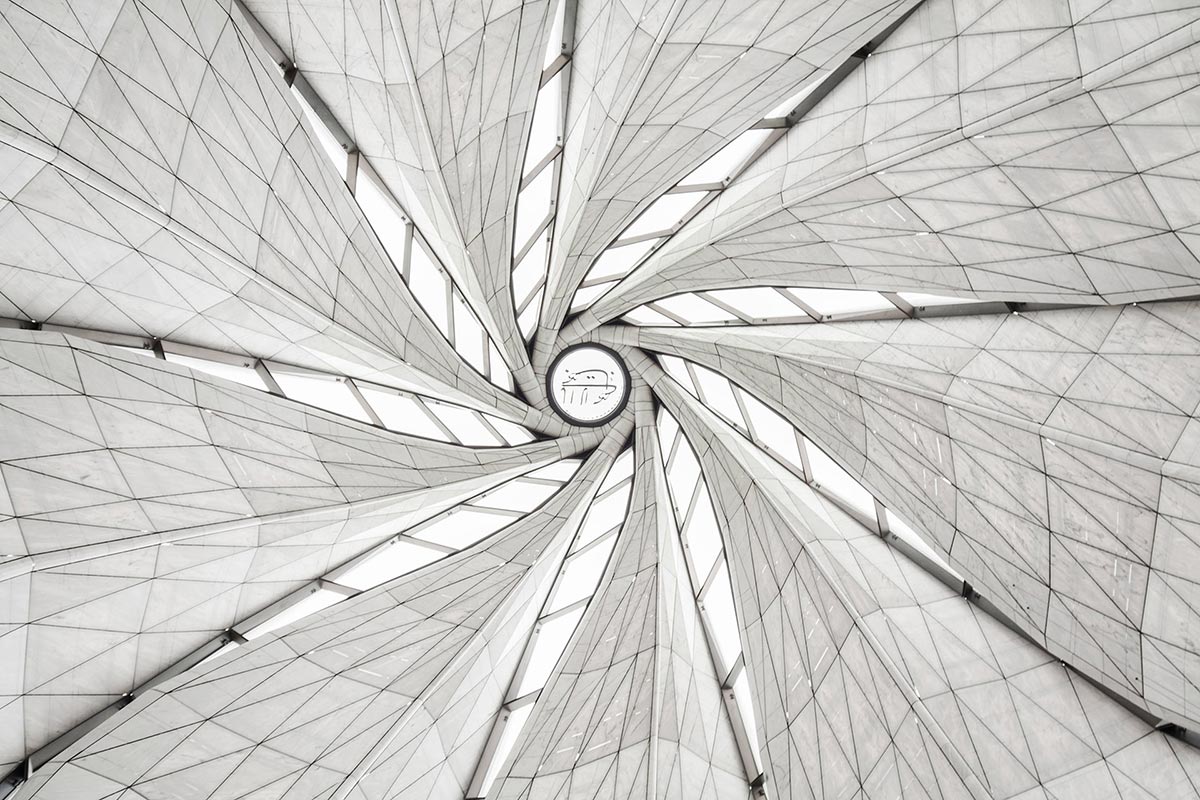 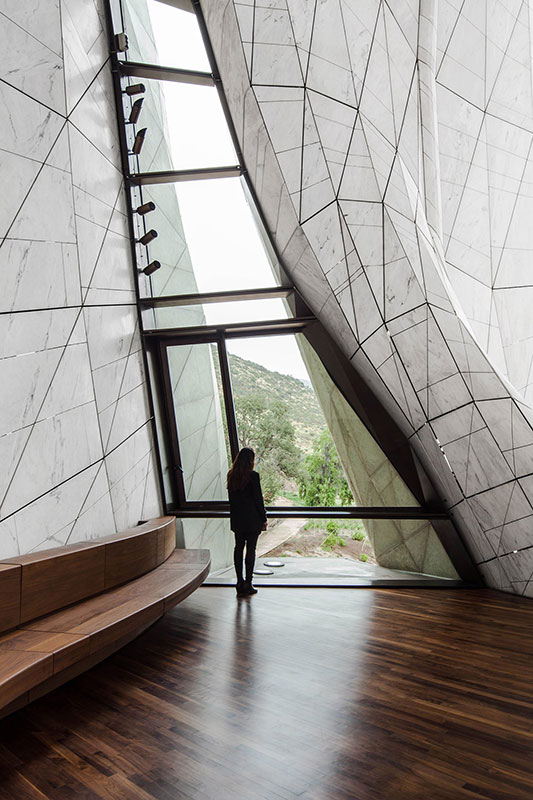 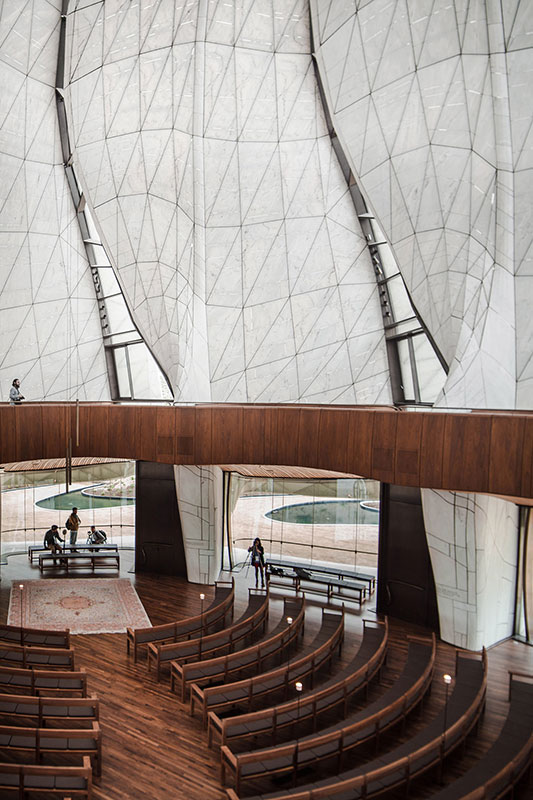 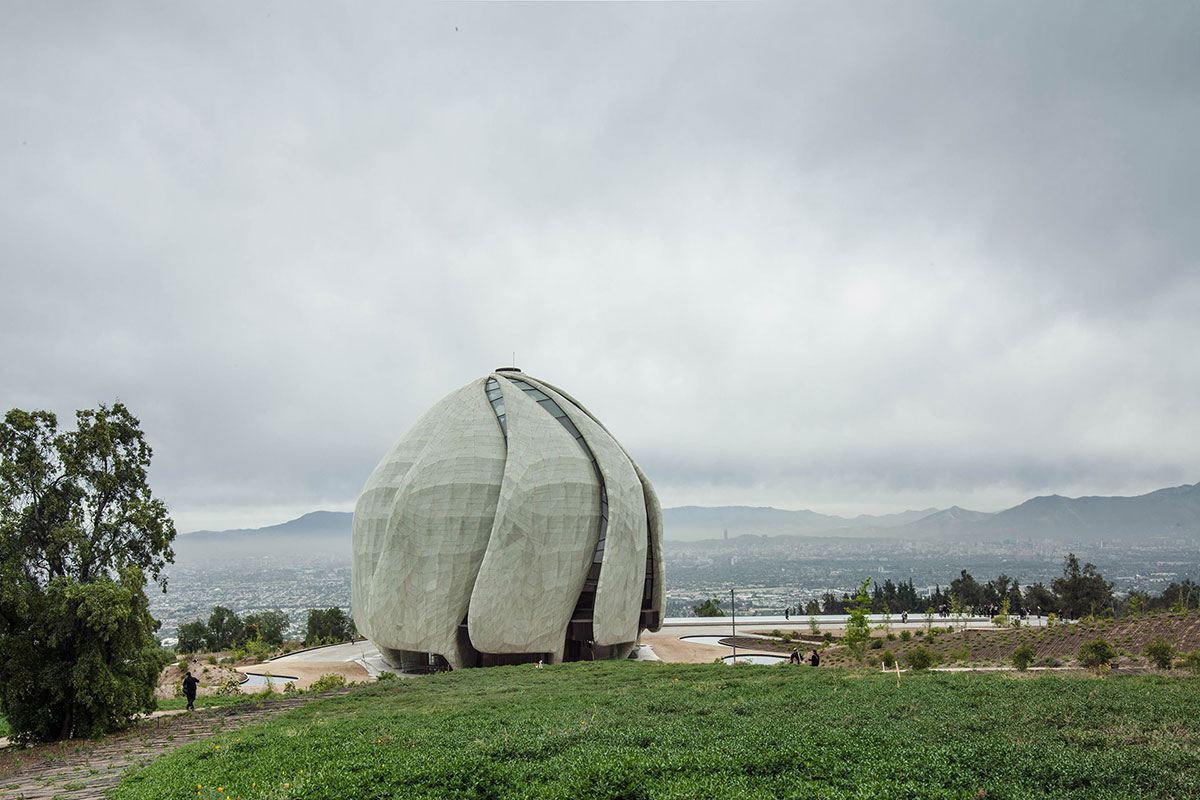