The new Brooklyn Academy of Music (BAM) South tower is a 32-story mixed use project in Downtown Brooklyn. The project includes rental apartments, retail space, and 50,000 ft2 (4,650 m2) of space for cultural activities including a new branch of the Brooklyn Public Library. The stepped topography of the building plaza additionally provides a venue for outdoor film screenings, live performances, and farmer’s markets.

The tower is composed of a starburst solid wall generated from faceted planes with varying orientations and tilt. The faceted planes create a dynamic exterior appearance while preserving interior views through punched windows in the solid wall. The starburst walls sandwich floor to ceiling glass at the north and south ends of the building and through reveals created by cutouts in the solid wall. The metal panel wall was constructed by subdividing the facade into mega-panels capable of articulating the folded geometry, which were shop fabricated and assembled on site. The panelized primary facade consists of an aluminum composite rain screen over metal stud framing with inset punch windows and incorporated air conditioning units.

Front initially worked as a consultant on behalf of the developer, Two Trees Management, providing an evaluation of the project geometry, system typologies, interface conditions, and resulting fabrication challenges. Based on the value of this assessment and the tight project schedule Front was subsequently contracted by the panel wall contractor, Eastern Exterior Wall System, to help develop the panel wall system, 3D modeling, as well as fabrication and assembly document generation. In order to manage the large number of unique conditions and subtly complex geometry, Front produced a series of 3-dimensional models of the entire facade system and developed a custom 3D modeling workflow to automate material take-offs, shop drawing generation, and the production of machining files for direct fabrication of over 7,000 panels on the project. The comprehensive models were used for on-going coordination and quality control during production, and to solve in-field adjustments throughout construction. 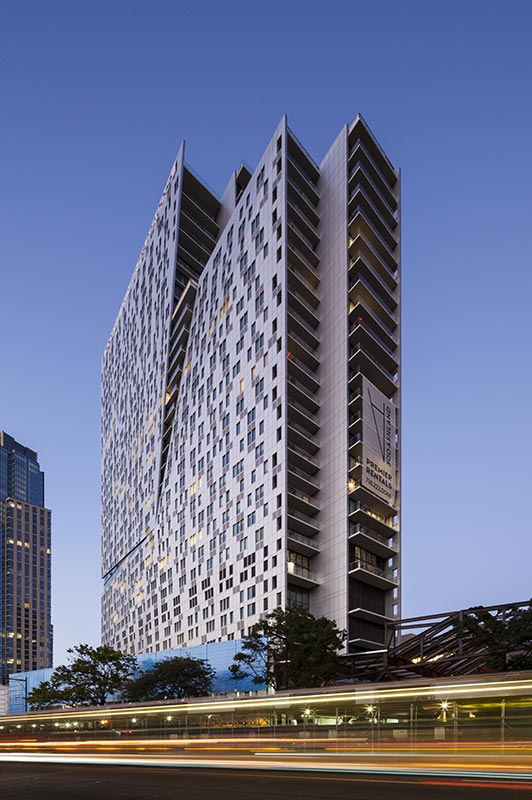 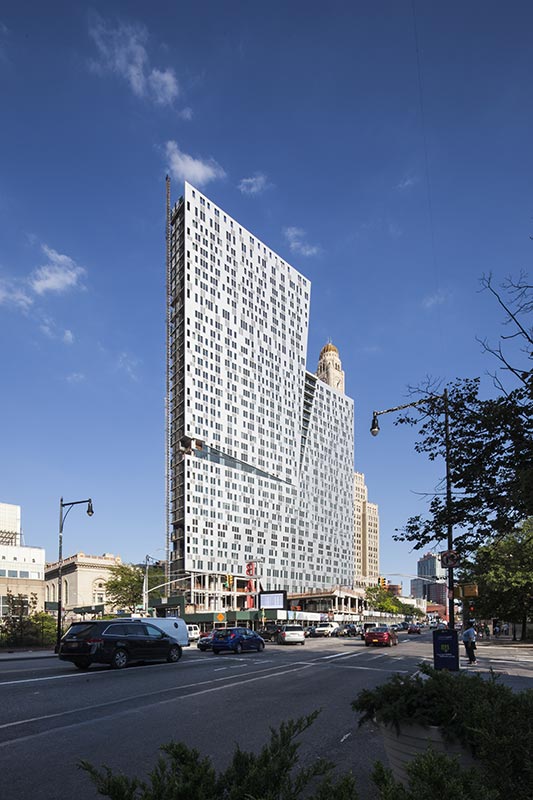 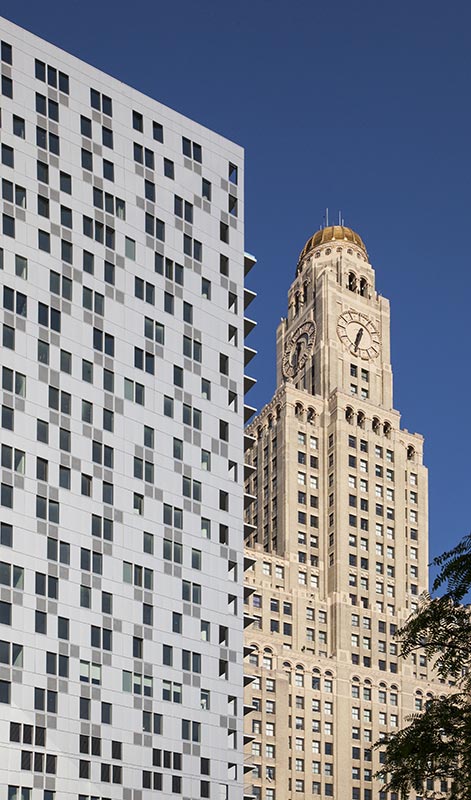 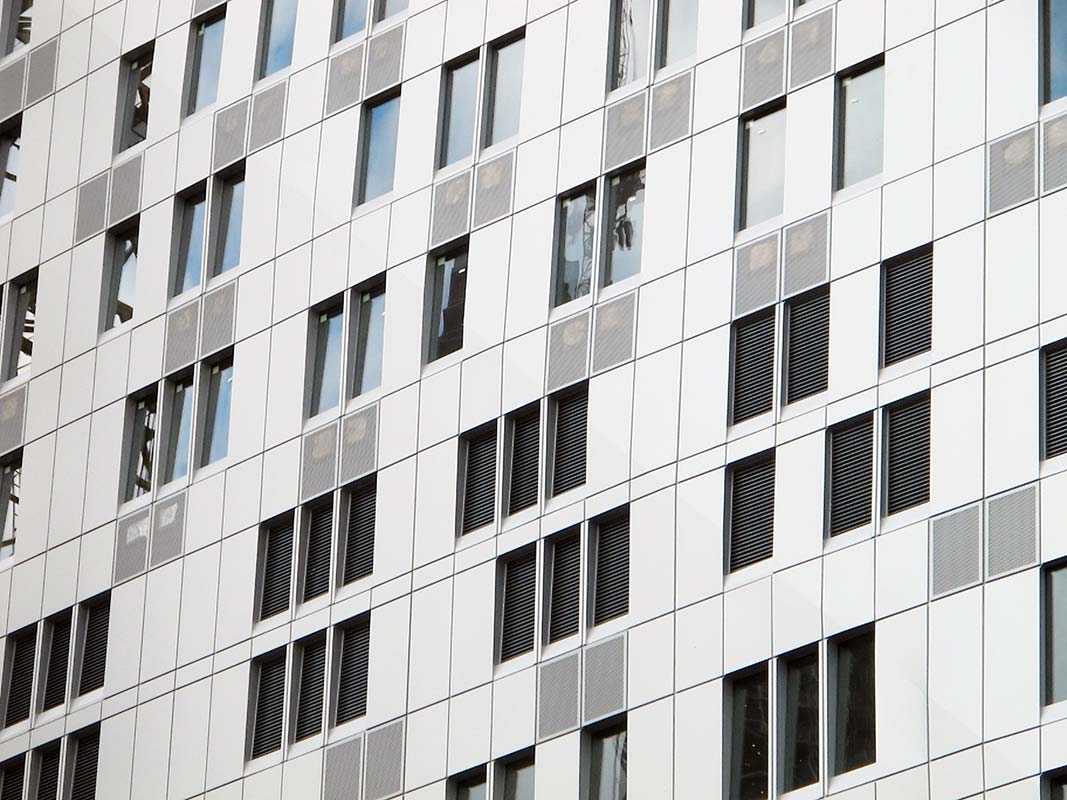 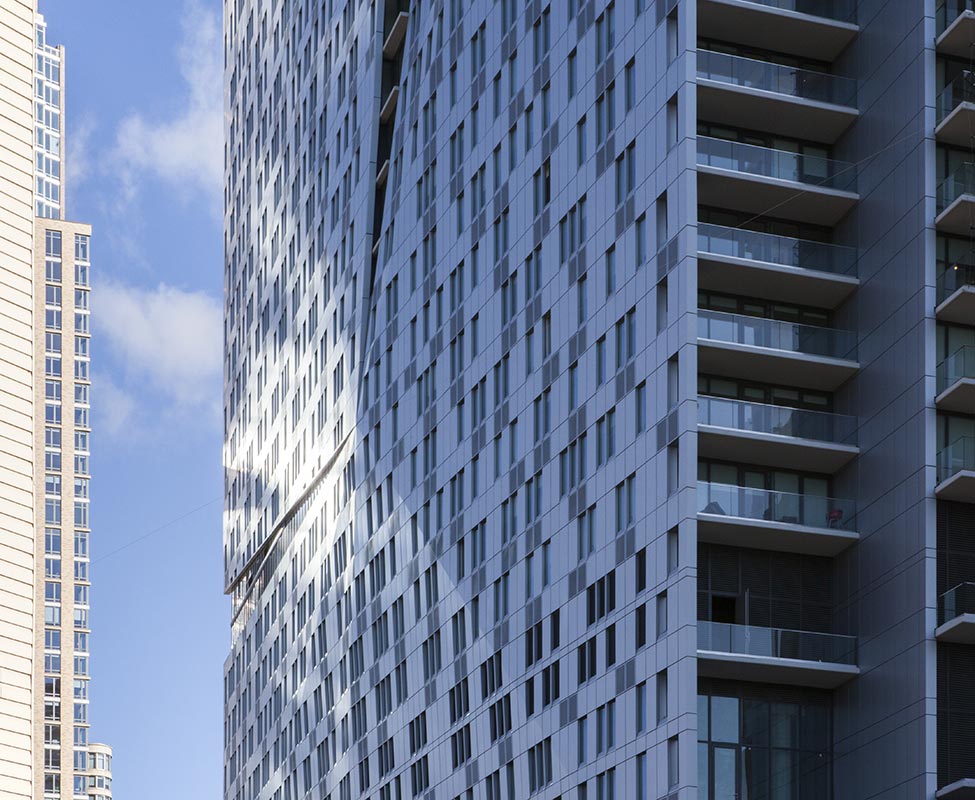 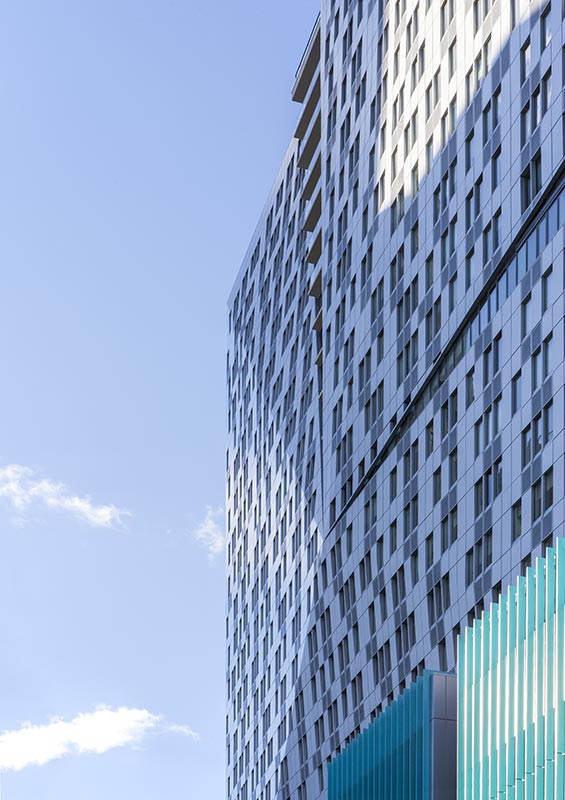 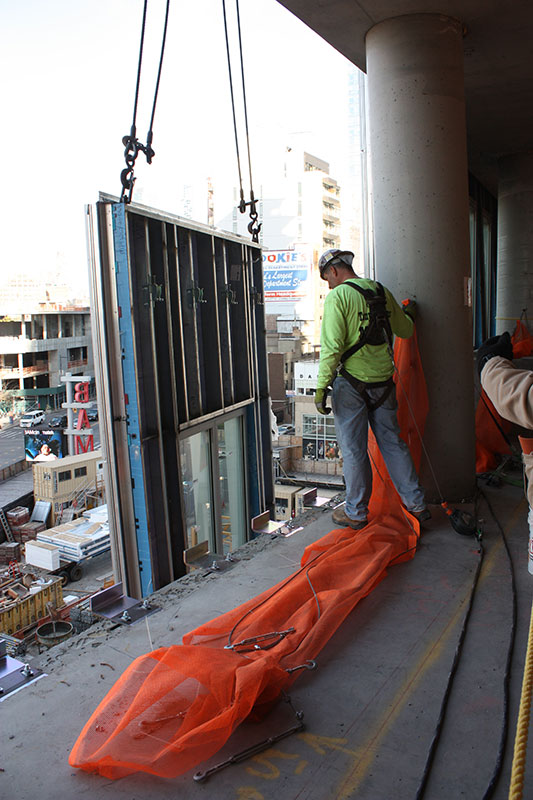 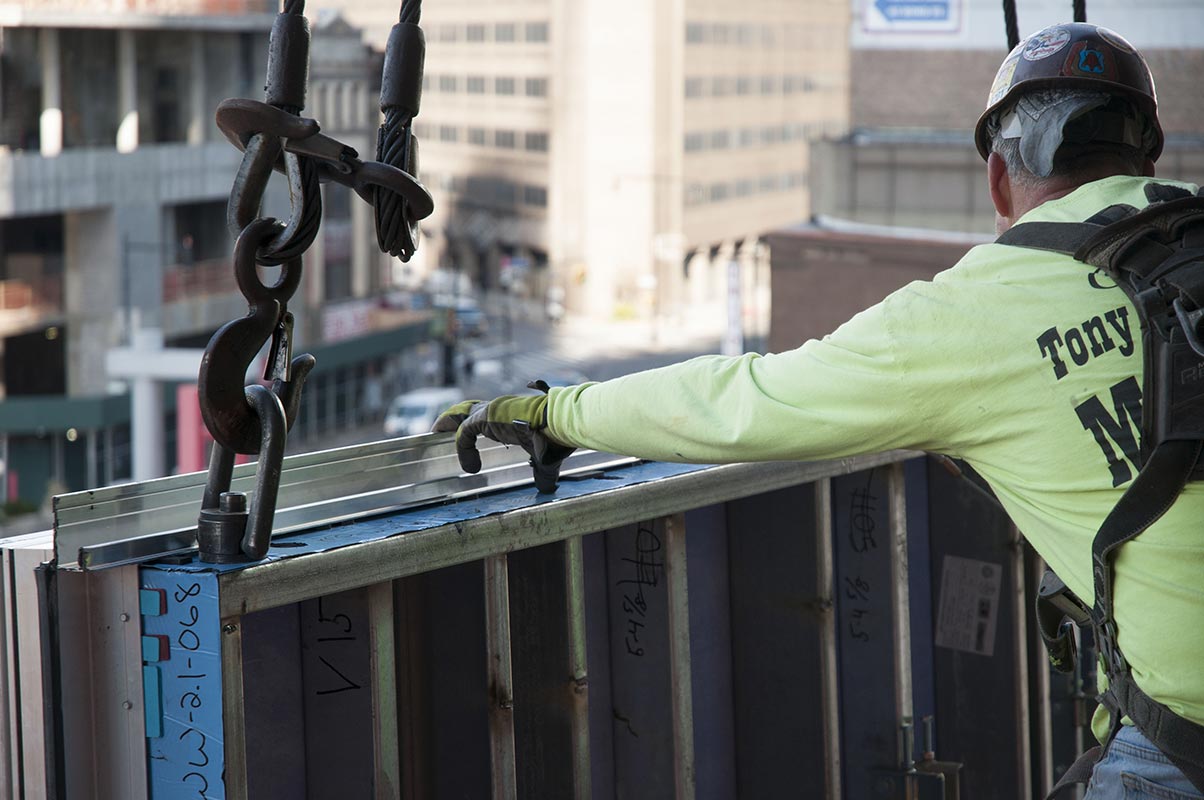 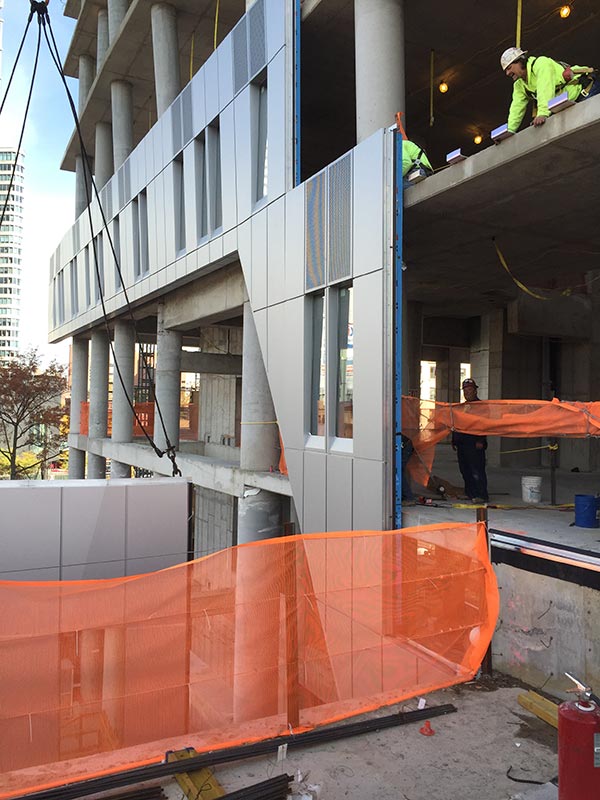