In 2017 Canada celebrates 150 years as a nation. In preparation of the sesquicentennial anniversary, the Parliament Hill complex will undergo major restorations and upgrades, including the addition of thirty seats, bringing the maximum capacity to 338 persons. The renovation features a new courtyard enclosure, composed of a curved glass multi-layered roof system with fixed and operable daylight control louvers and a light-diffusing laylight at the interior. The upper skylight and a lower laylight form an enclosed climate-controlled “insulated attic,” to function as a thermal buffer for Ottawa’s hot summers and harsh winters. The attic construction also conceals the fixed and operable daylight control louvers from direct view from the occupied space below. The low-sloped domed roof skylight is made up of approximately 1,400 diamond-shaped double-insulated glass panels, each of which is approximately 4 ft x13 ft (1.2 m x 4.2 m). 2,600 triple-laminated laylight glass panels make up a dramatic glass ceiling at the interior, which provides soft filtered daylight. The entire roof assembly is supported from new structural steel tree columns that are independent of the existing historical building.

Front was involved from Schematic Design through Construction Administration and developed systems details necessary for a performance-based contract package for the courtyard infill roof. Front also provided a full Building Information Model (BIM) of the geometry, which was used for visualization, verification and quantification. 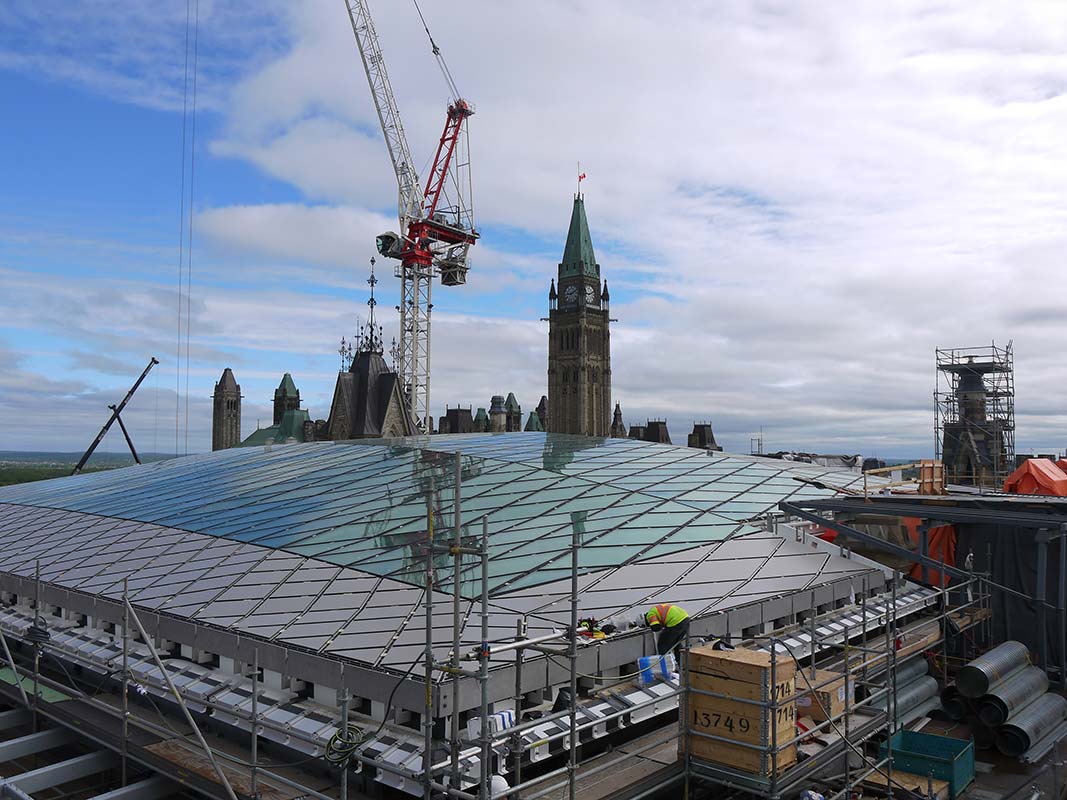 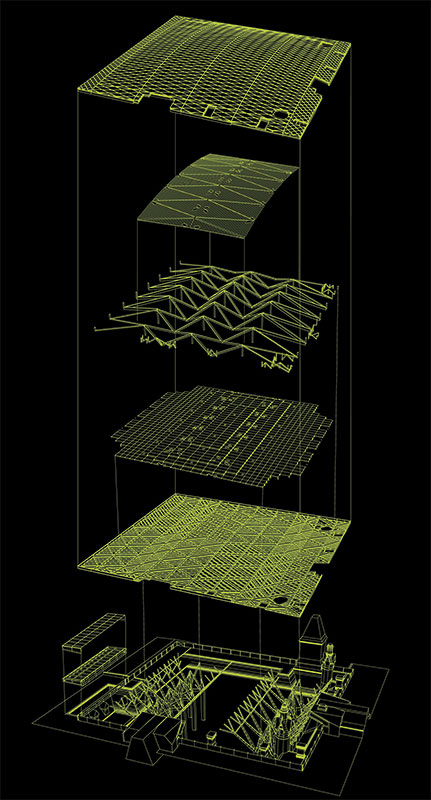 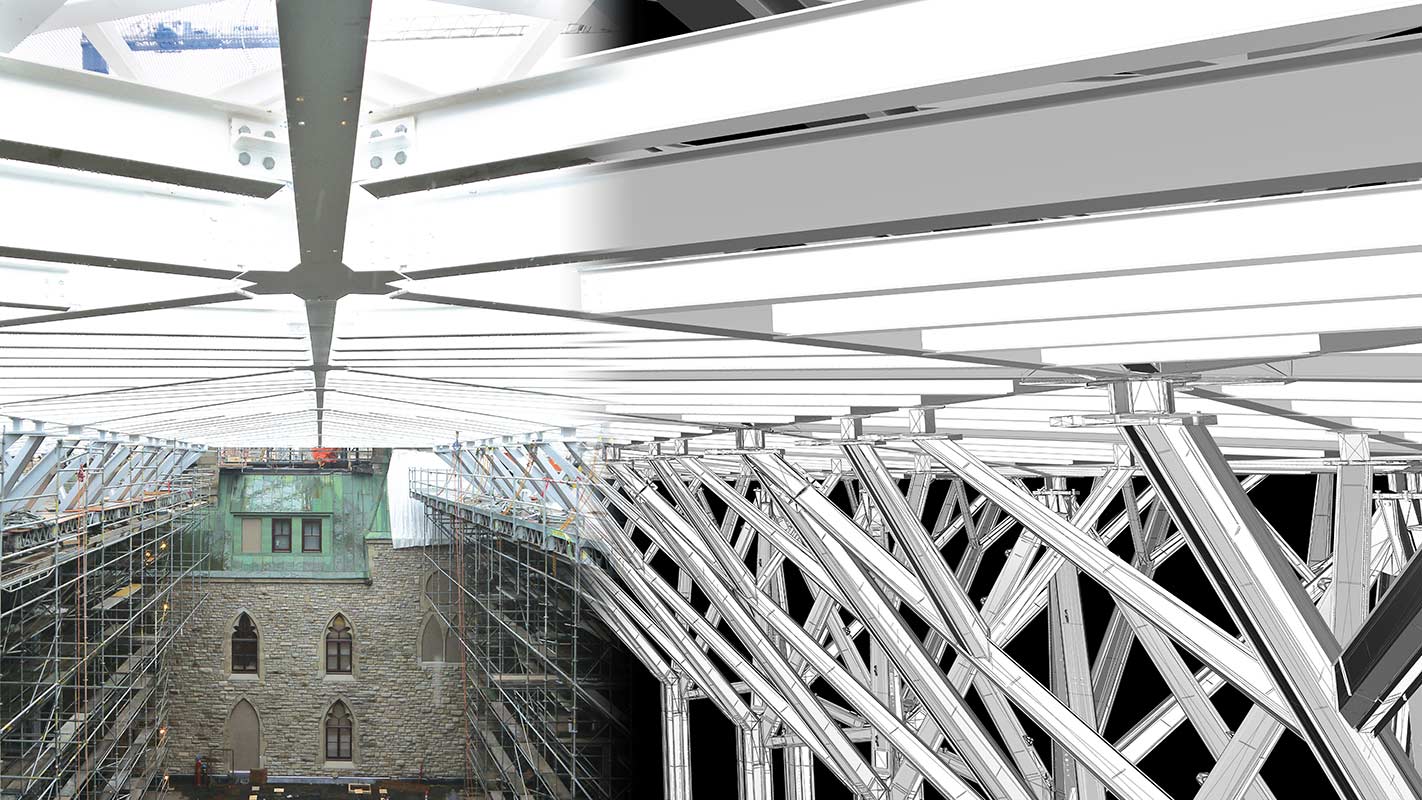 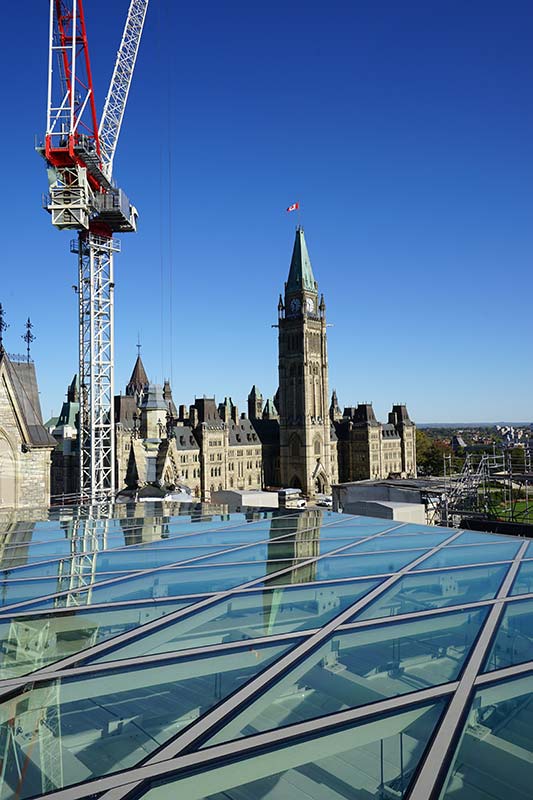 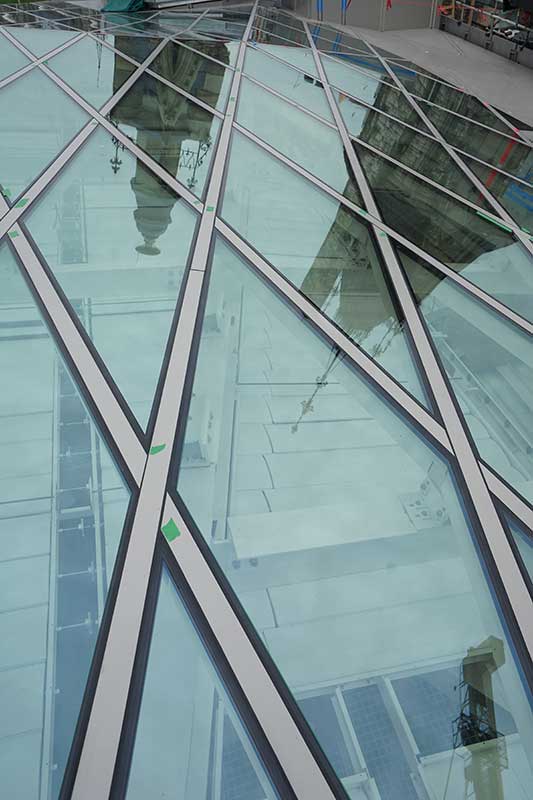 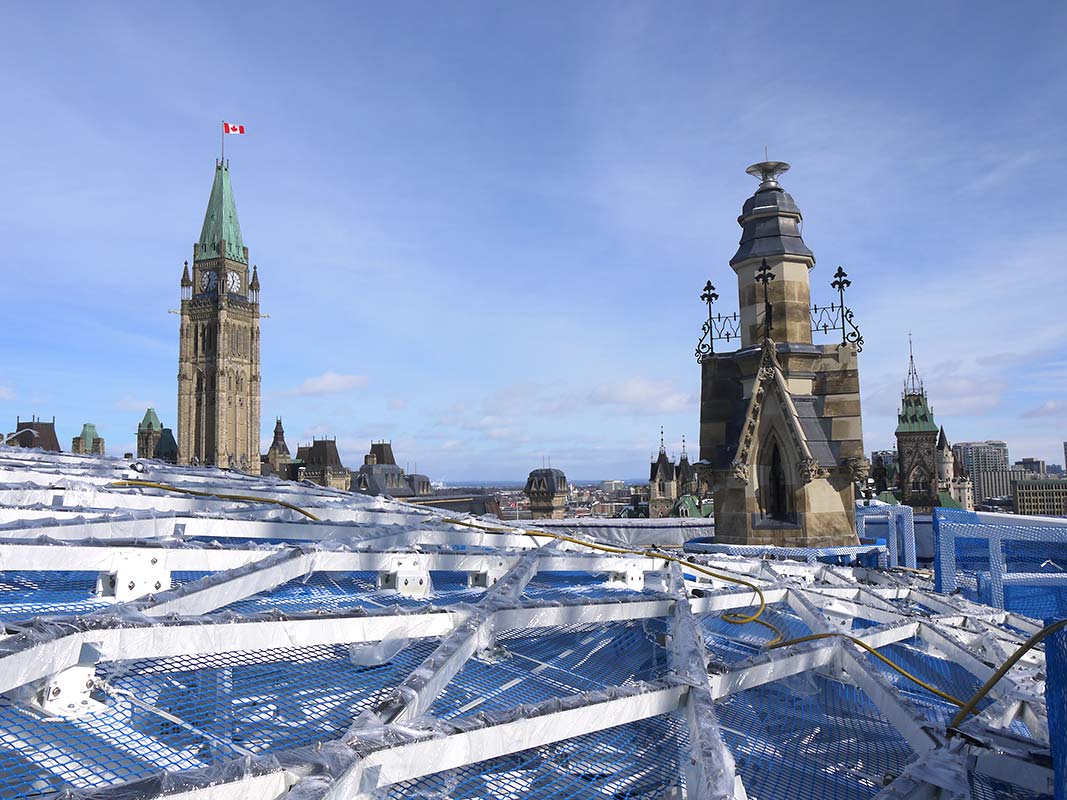 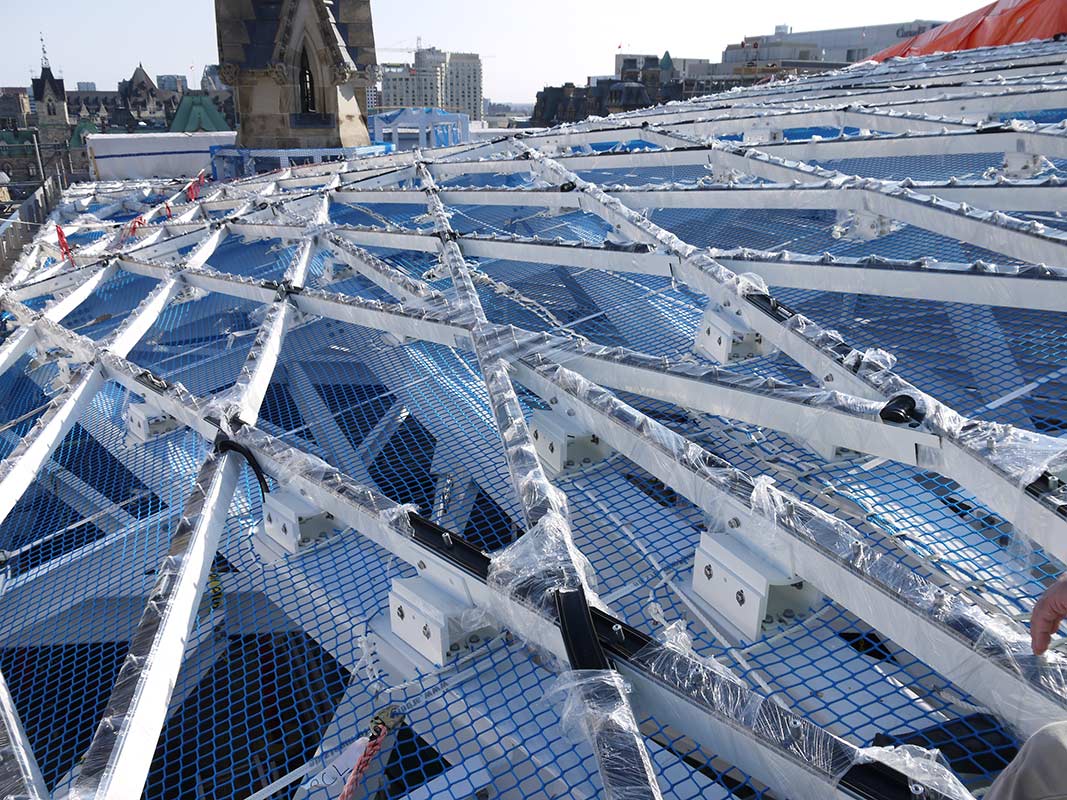 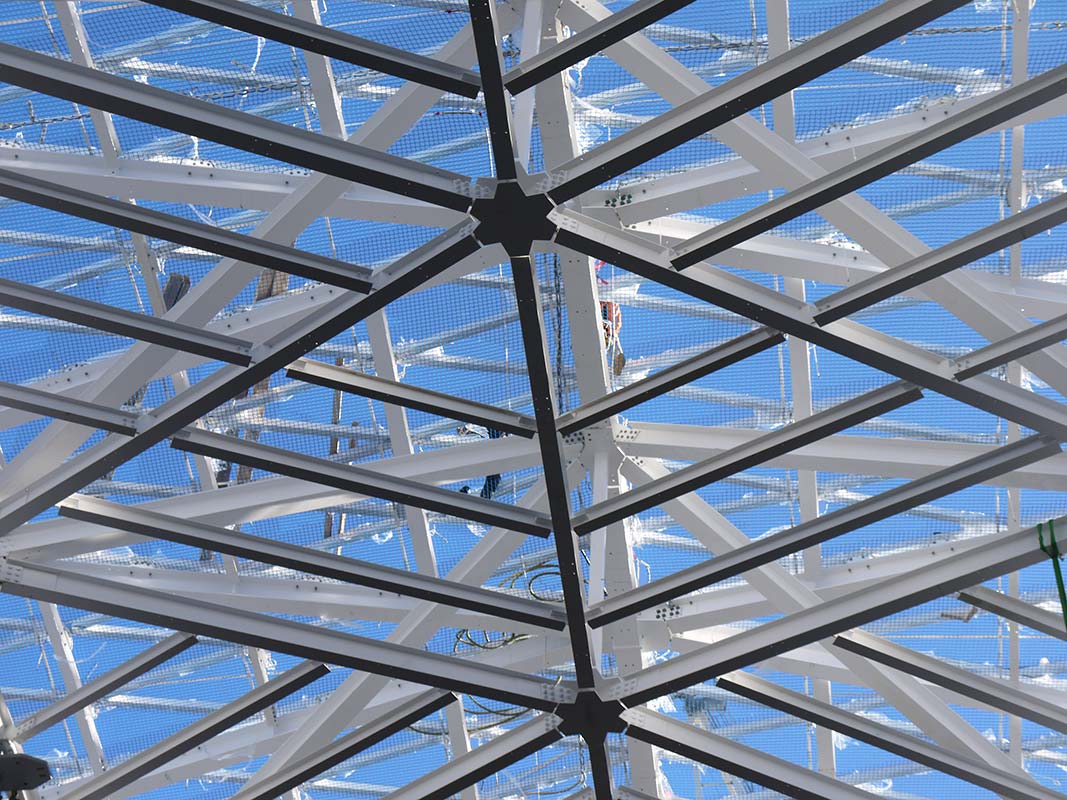