This expansion and renovation of the Governor George Deukmejian Courthouse provides 531,000 ft2 (49,330 m2) of improved facilities, including 31 courtrooms (with expansion space for six more), offices for county justice agencies, retail space, a secured interior courtyard, and an atrium. The five story atrium provides a light and airy welcoming space and, combined with the courtyard, is intended to provide a calming influence on visitors.

Enclosing the atrium at the East and West elevations is a tensioned cable wall façade system, which is central to the exterior reading of the building. Each wall is approximately 76 ft (23 m) high by 79 ft (24 m) wide and is composed of point-fixed high performance insulated glass units supported on vertically spanning tensioned cables. In addition to the challenges associated with such large spans, the wall is also subject to high seismic loads and imposed displacements from the primary structure.  As a result, innovative detailing at the interface between the cable wall and the adjacent systems was required to manage the large movements. Front collaborated with KPFF Portland to provide analysis and design services to Benson Industries for the cable wall final systems design, in fulfillment of AECOM’s design vision. 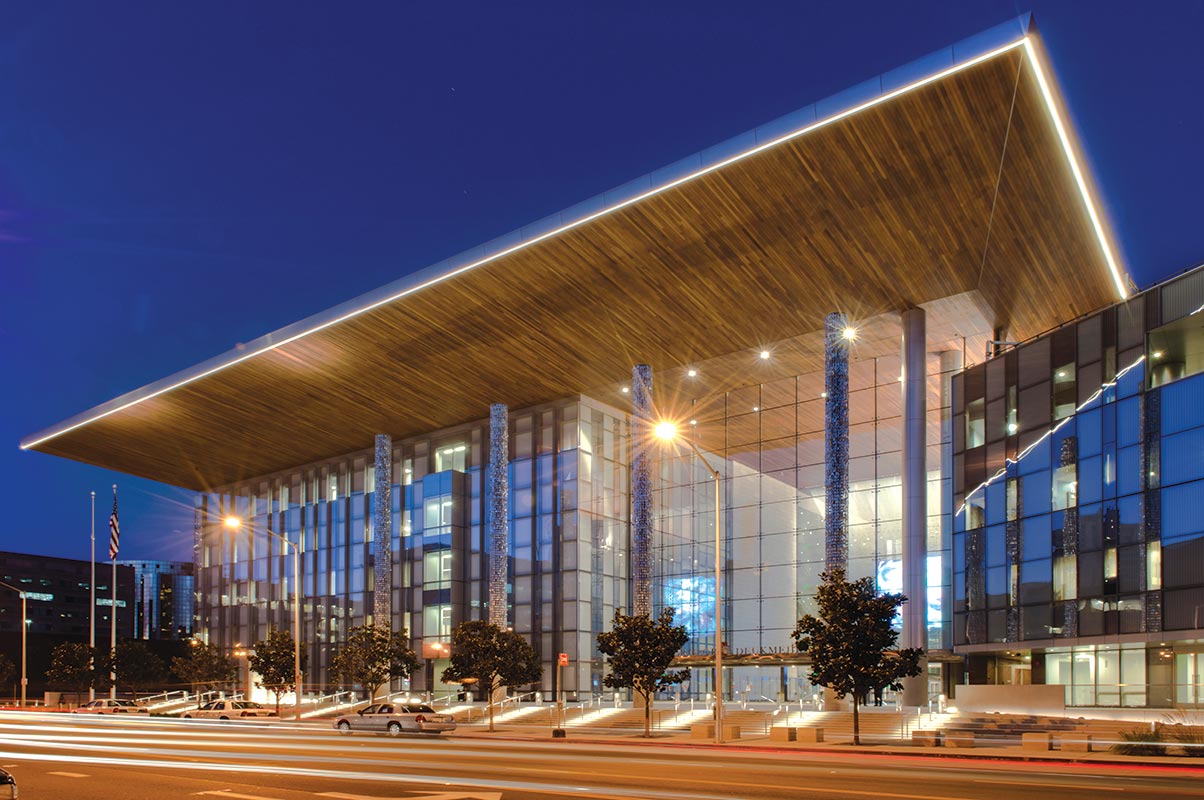 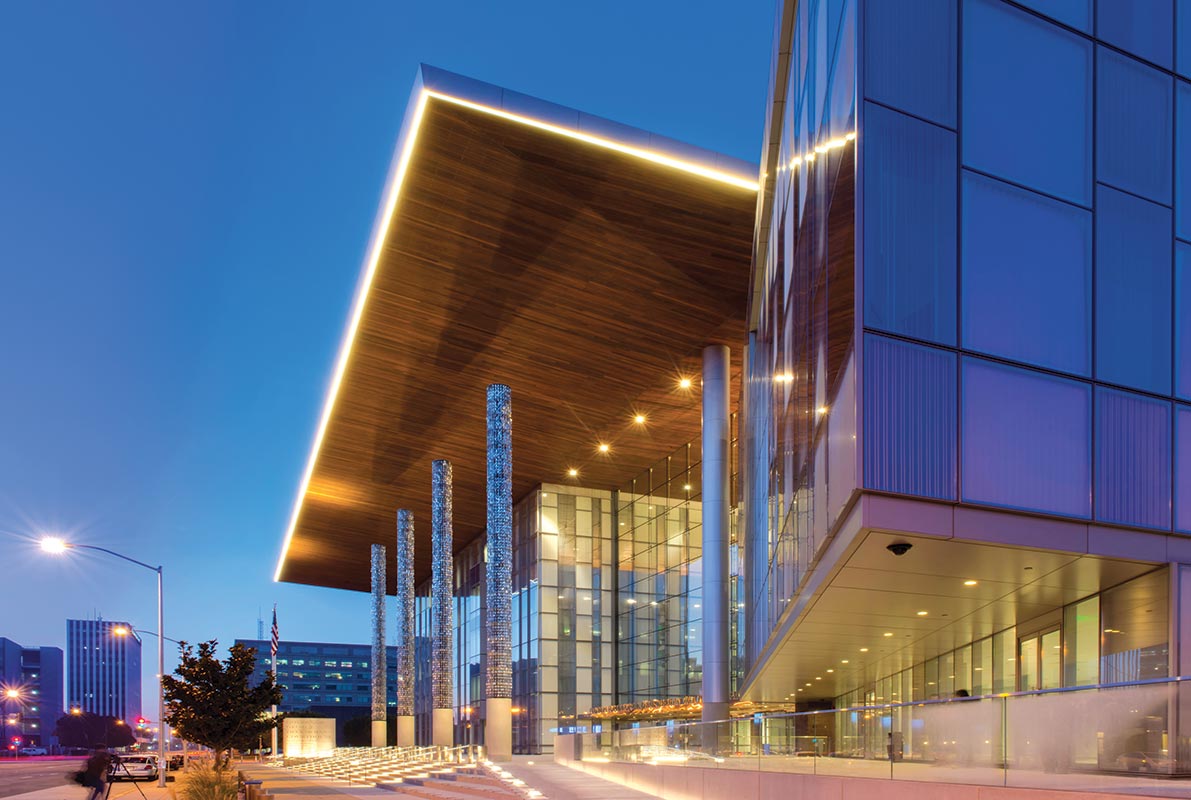 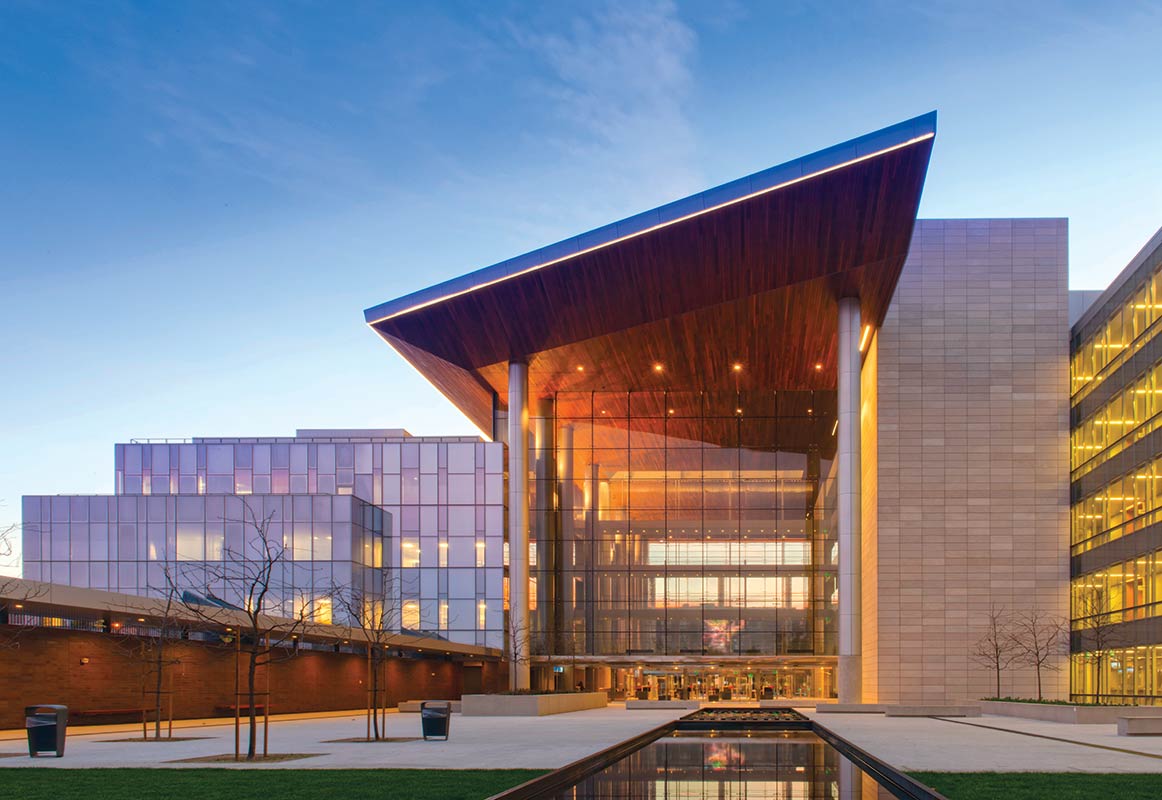 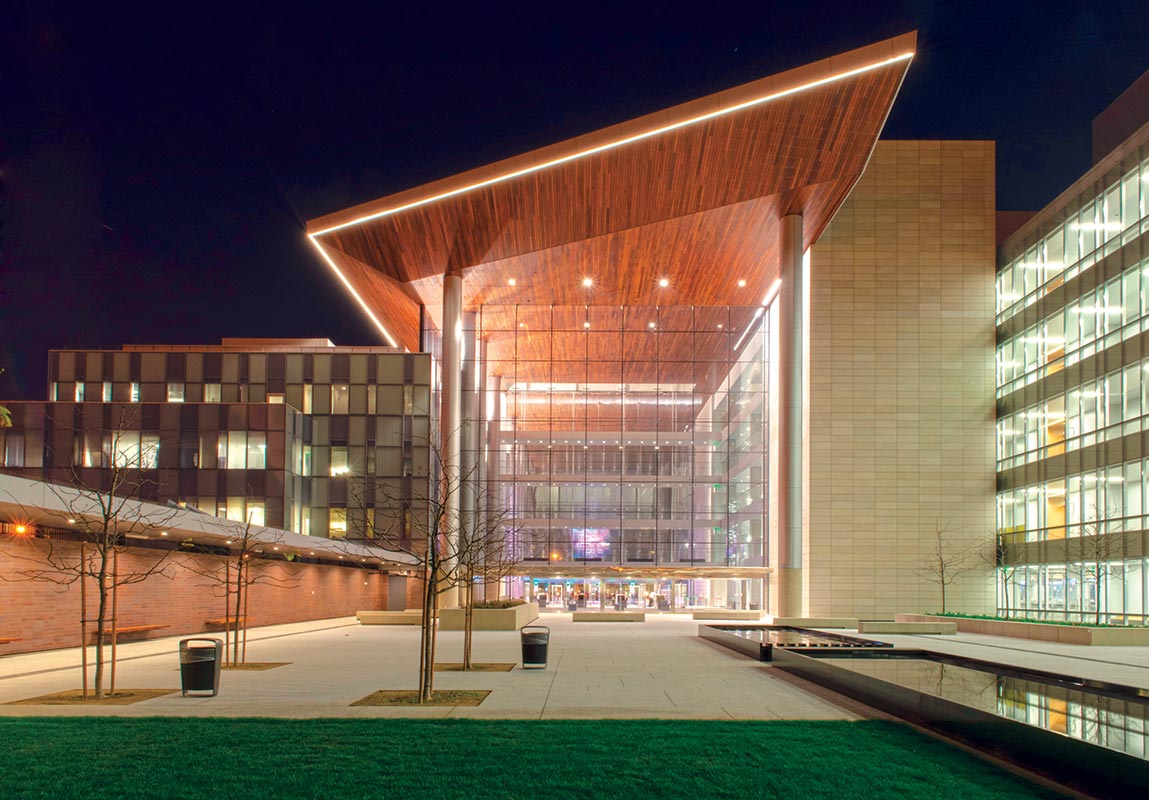