This store for Canadian retailer Holt Renfrew’s younger brand, HR2, is located in Montreal. The 30,000 ft2 (3,250 m2) space occupies the terminus of the central axis of Montreal’s Quartier DIX30 development.

Front provided façade design, technical analysis, and custom perforated metal panel fabrication research services for the project. The pleated perforated metal panels are stiffened by their folded geometry, resulting in greater material efficiency. When aggregated over the façade, the pleated and varying panel angles catch grazing colored light, directed from below at night, and dynamically reflect sunlight during the day. From the exterior, the metal screen presents a single coherent facade for the entire building although the construction of the building behind the screen varies. Most of the wall area behind the screen facade is opaque, but glazed areas allow for views out of the store through the perforated metals panels. In these vision areas a second layer of perforated metal panels creates a subtle moire effect animating the facade from within. A catwalk is provided behind the panels to allow for maintenance. 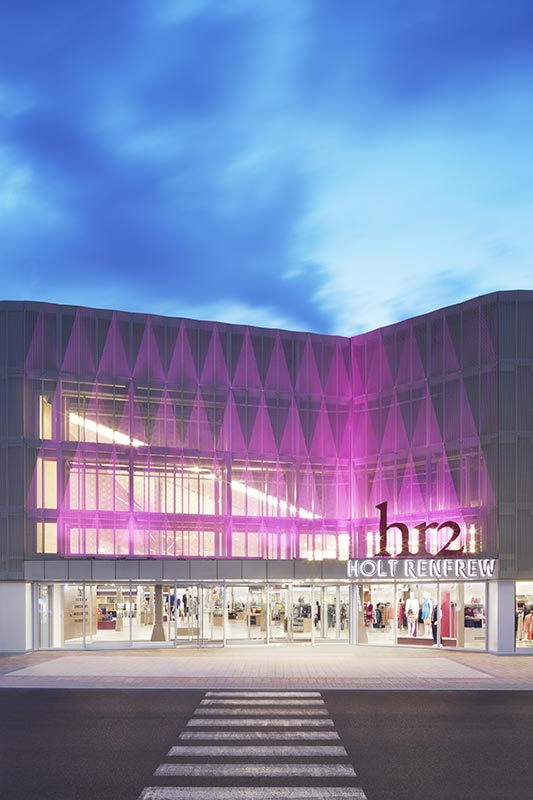 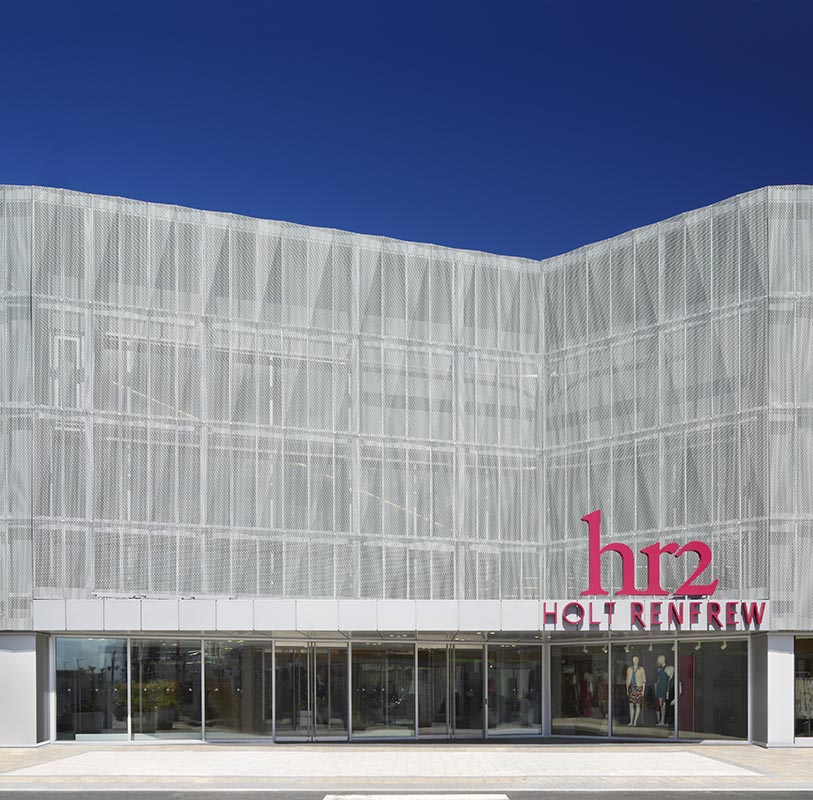 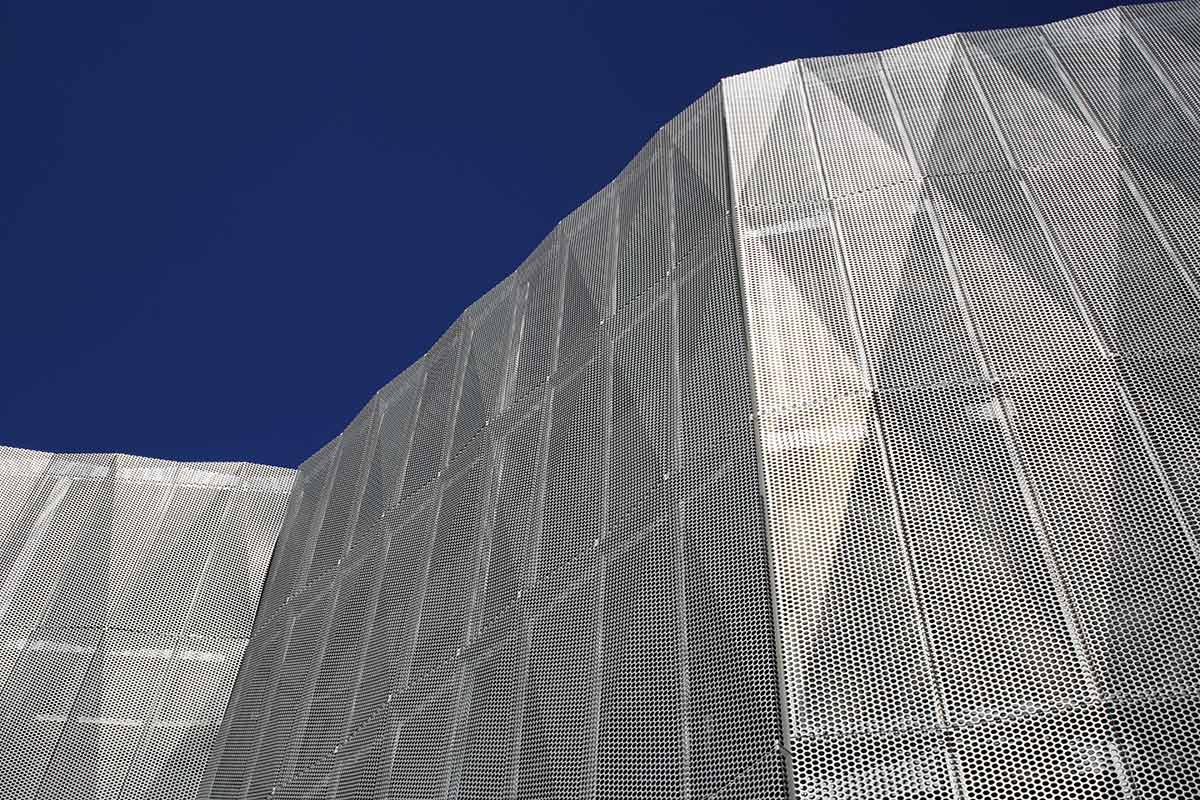