King Abdullah University of Science and Technology / 2009
< back to list

The King Abdullah University of Science and Technology (KAUST) is an expansive development rising out of the harsh Saudi Arabian desert environment. It includes 27 buildings, totaling approximately 5.5 million ft2 (511,000 m2) and includes a library, conference center, auditorium, mosque, and museum, as well as numerous laboratories, classrooms, offices, pedestrian bridges and semi-enclosed courtyards. Two iconic solar chimneys use the stack effect to cool the courtyard spaces and are composed of x-braced structural frames, assembled from precast ultra high performance concrete elements, and a curtain wall system of diamond and triangular shaped insulated glass units. Another striking vertical structure is the rotunda, which is elliptical in plan and consists of a structural tube steel frame, triangular insulated glass units and is topped with an aluminum-clad space frame roof. The library features a large transparent laminated glass fin curtain wall that frames a view of the Red Sea. The primary cladding on the library is composed of laminated stone-glass rain screen panels, with clump attachments to stainless steel brackets offset from a support frame. The unique panels are composed of two glass layers and one thin stone layer laminated to create the translucent stone-glass composite, which diffuses light into the interior during the day and is illuminated at night. Similar stone-glass cladding appears at other buildings throughout the development as well. For example, at the lab building courtyard, stone glass is directly laminated to the insulated glass units of a semi-unitized curtain wall. Many other finishes are used throughout the façades including terracotta and metal panels, various types of glazing systems, and various louver systems. Front consulted on the numerous façade systems from schematic design through construction administration and managed the complex coordination between design, fabrication and construction teams and between the varied building types and elements. 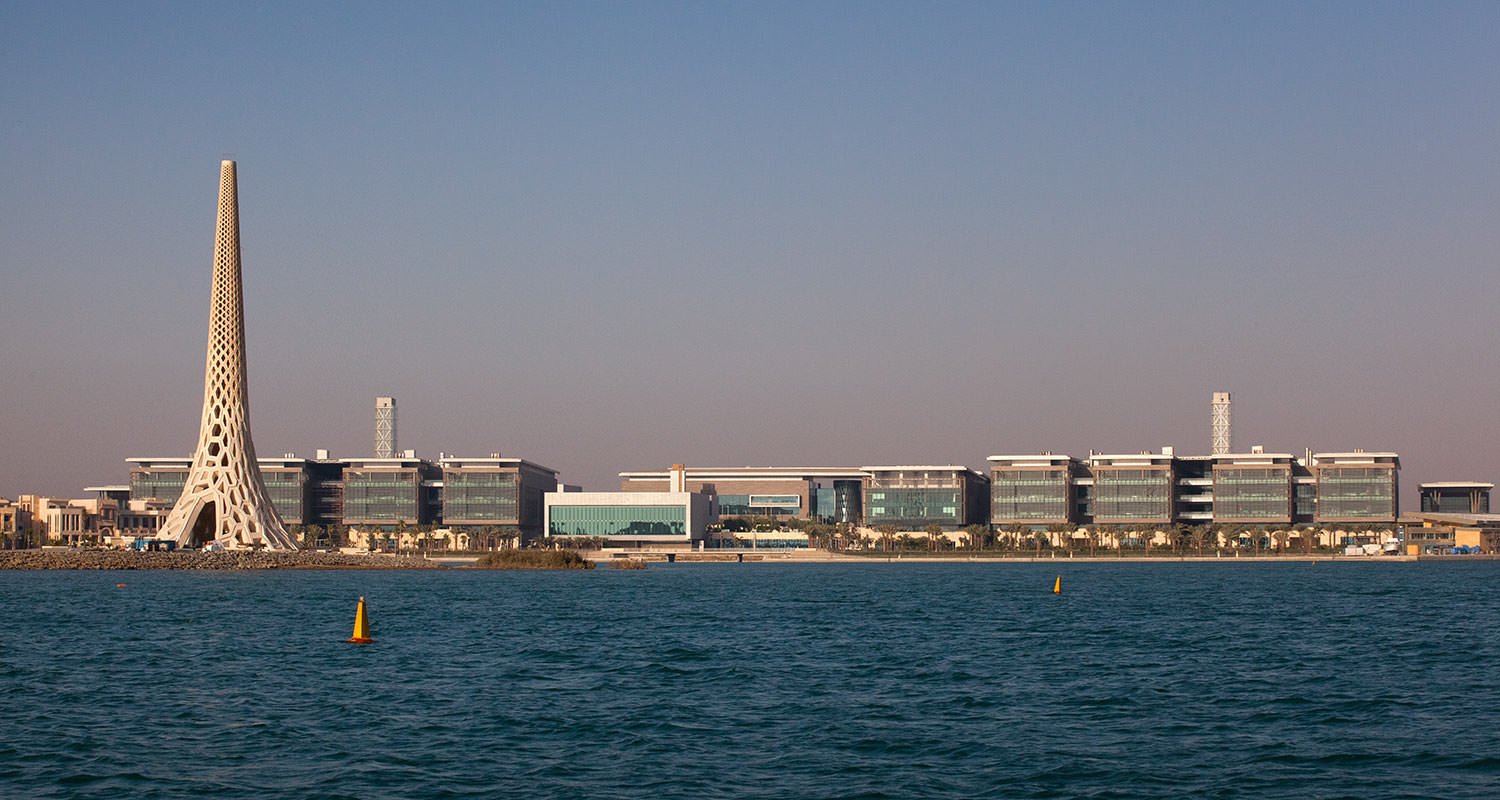 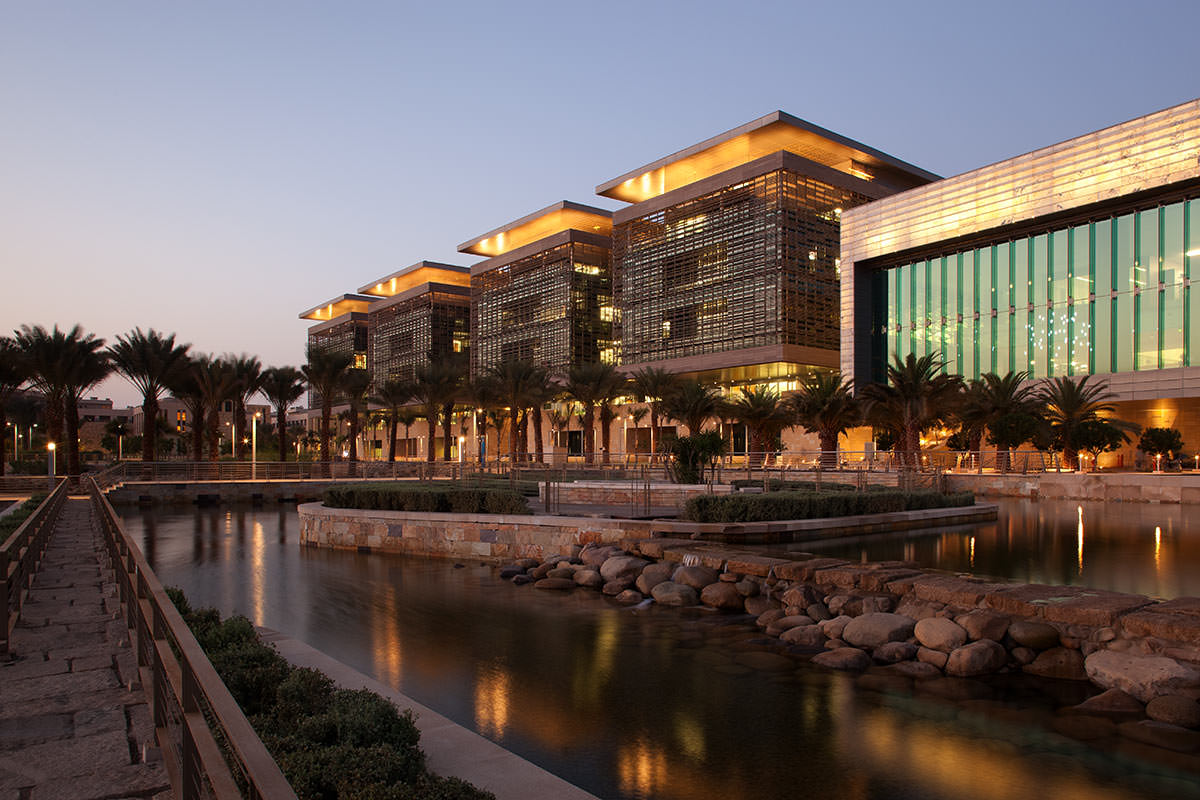 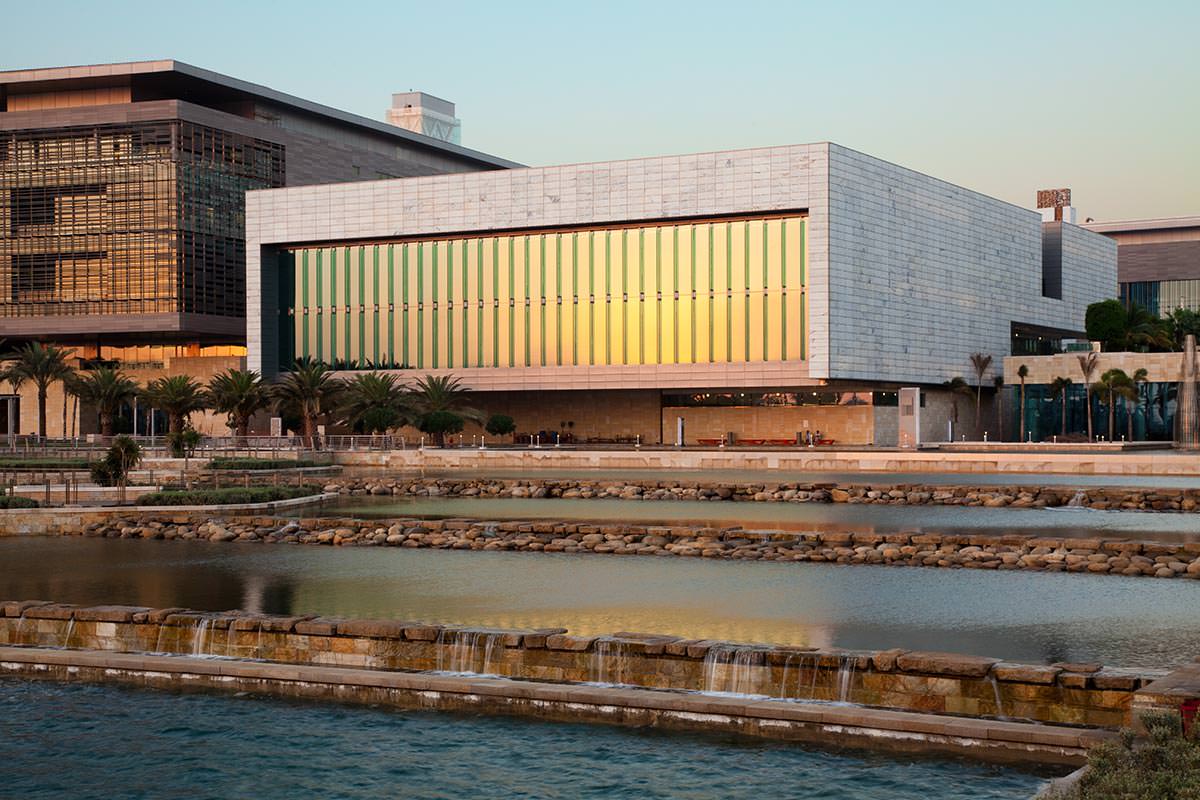 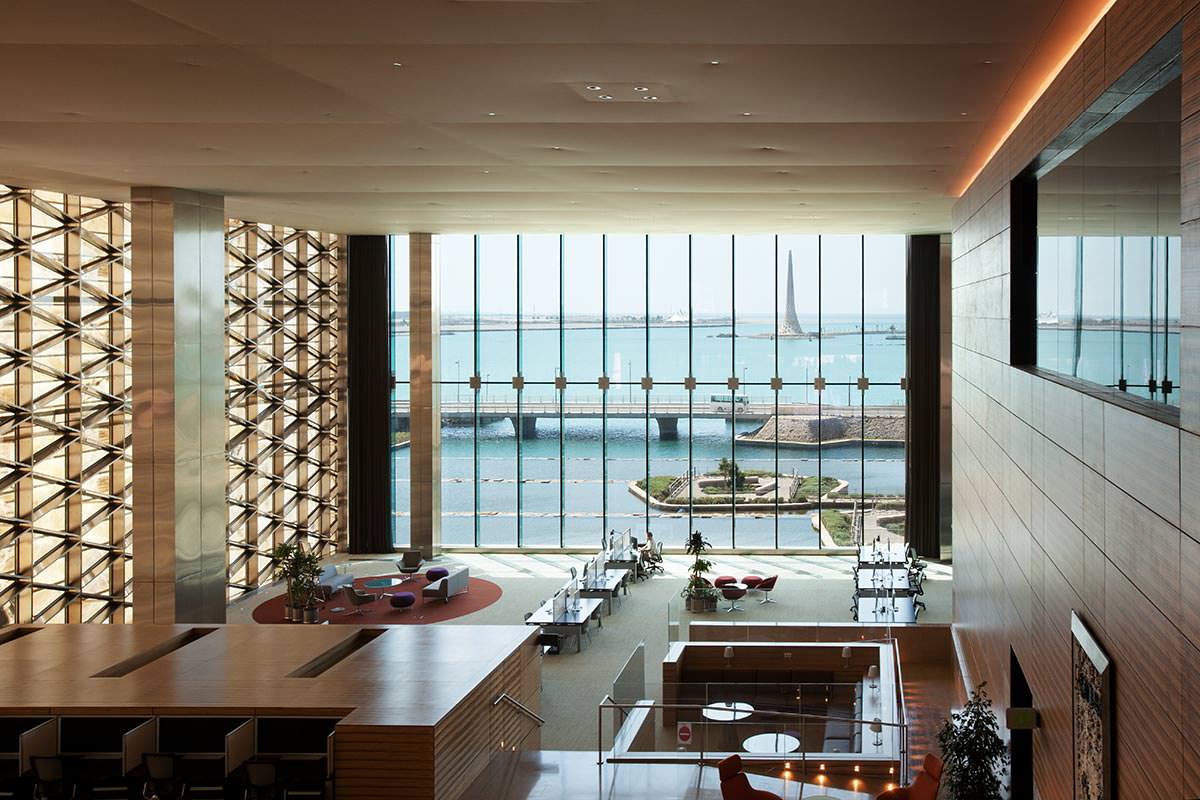 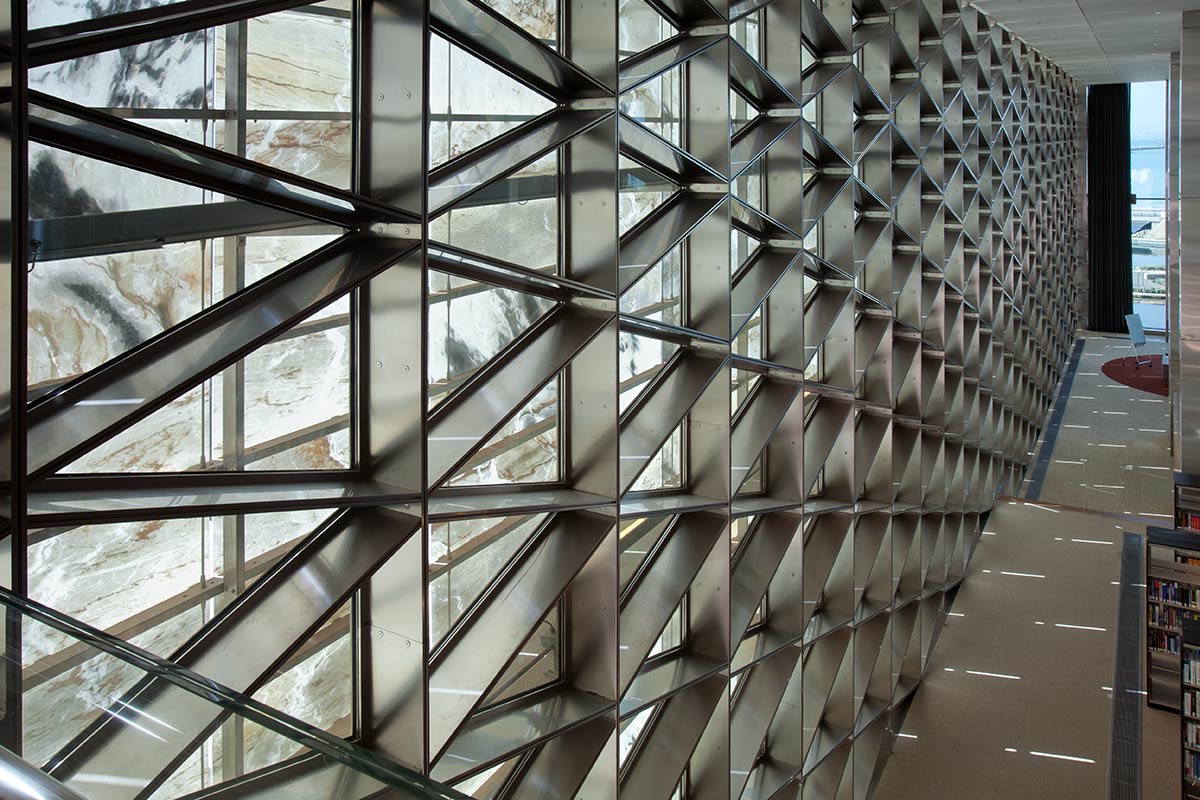 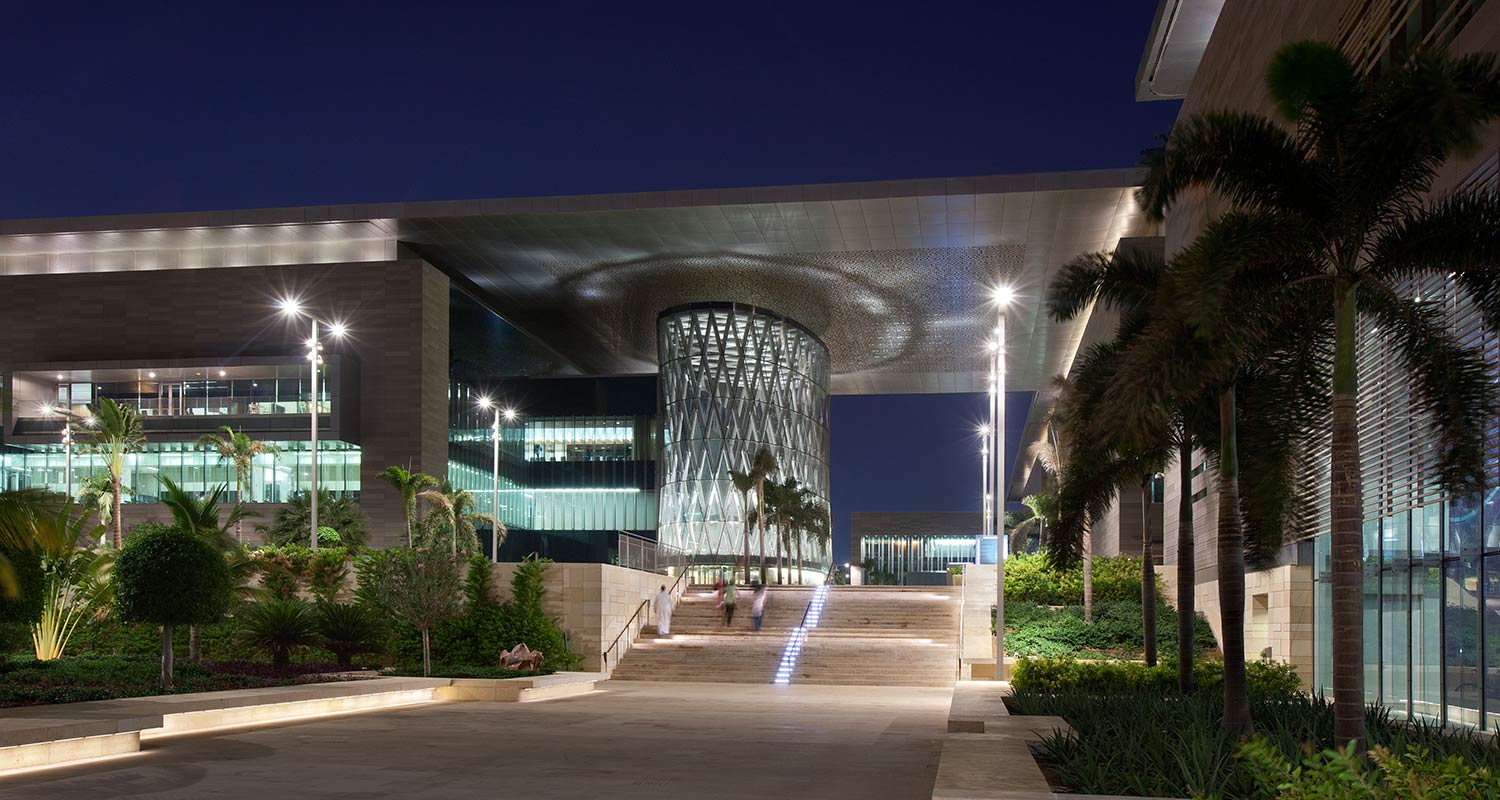 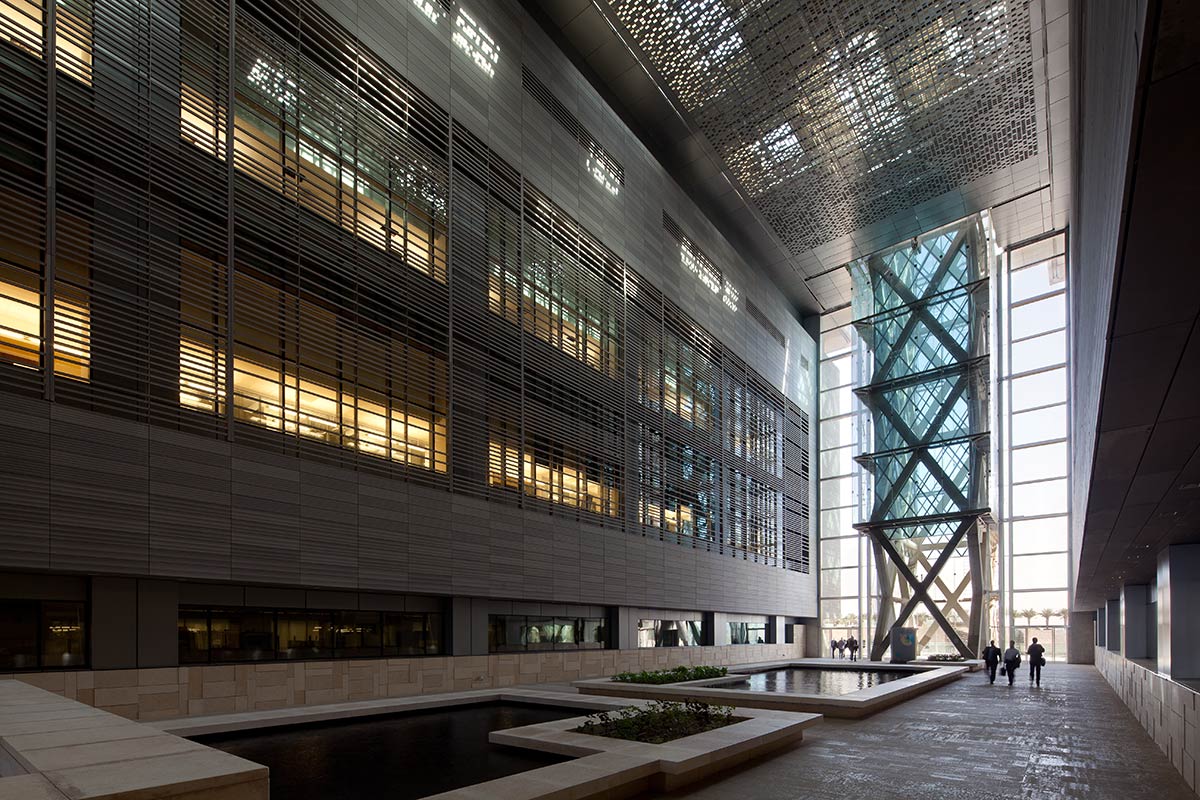