The Public Investment Fund (PIF) Tower is the centerpiece of the King Abdullah Financial District, a 10 billion dollar commercial development in Riyadh, Saudi Arabia. Achieving LEED Gold, the tower rises to 1260 ft (385 m) and 80 stories, providing 1.9 million ft2 (182,000 m2) of space. The iconic, crystalline form of the tower and podium create an ever-changing play of light due to their faceted planes and shading elements. These shading elements are a design feature which plays a critical role in allowing an expansive use of glass for views and natural daylighting while minimizing solar gain. Front was involved from concept design through project completion, helping the team to implement best-in-class tower facade design principles and technologies. The tower incorporates unitized curtain wall panels with double insulated glass and integrated catwalks. Due to seasonal sandstorms and the tower’s emphasis on views and daylighting, frequent exterior cleaning is required. In addition to catwalks at every level, the curtain wall has integrated rails to allow maintenance platforms to negotiate the tower’s faceted geometry. The catwalks also integrate facade lighting and 16 inch (400 mm) wide fritted glass solar shading fins, which are optimized in plan and section to maximize solar shading without compromising views. In addition, an array of solar panels is mounted at the top levels of the tower to offset solar gain. At the podium, housing an auditorium, cafe, and other amenities, the facade negotiates a faceted diagrid structure. Front developed the double insulated glass skin, featuring triangular mullions and exposed diagrid connections with minimalist detailing. At the skylight glass, aerogel is incorporated to dramatically improve the thermal performance while providing translucency. Exterior solar shading is provided by perforated aluminum panels suspended on T-shaped girts that are held off from the glass and that give the facade a directional grain. Front’s proposal for the perforated shading panels allowed them to freely span between girts using a monocoque approach. As a result of the three-dimensionality of the inner and outer stressed skins, a dynamic shadow pattern is created below. 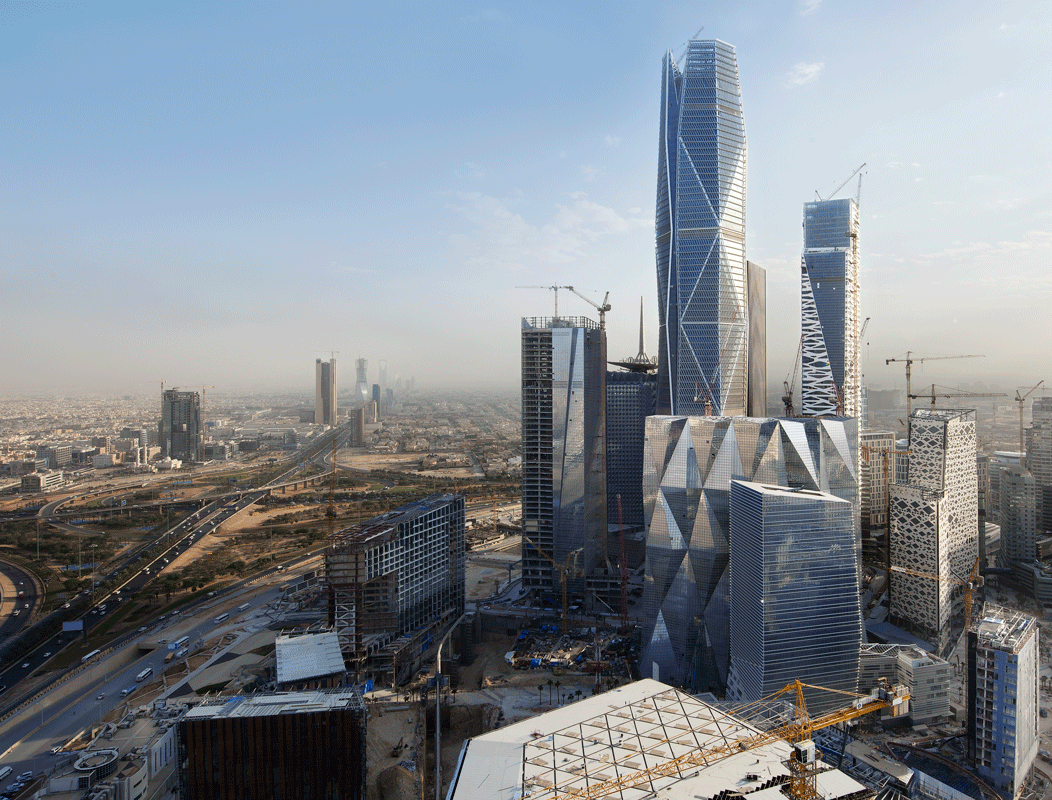 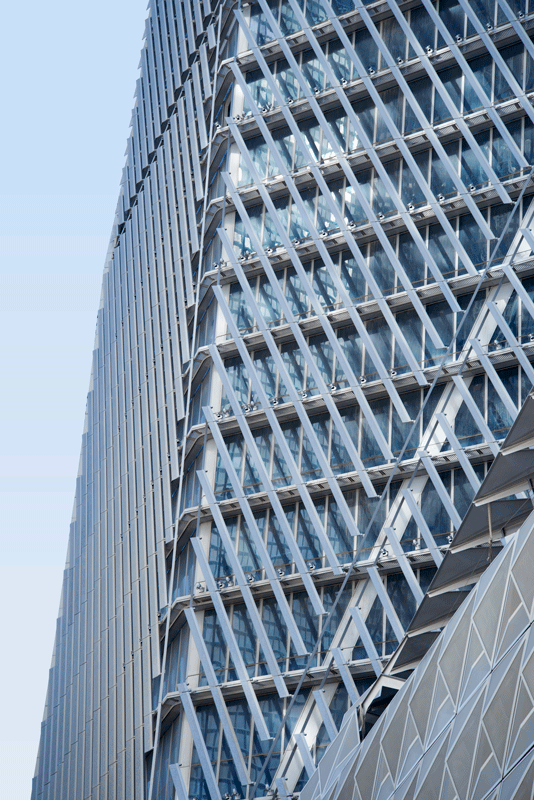 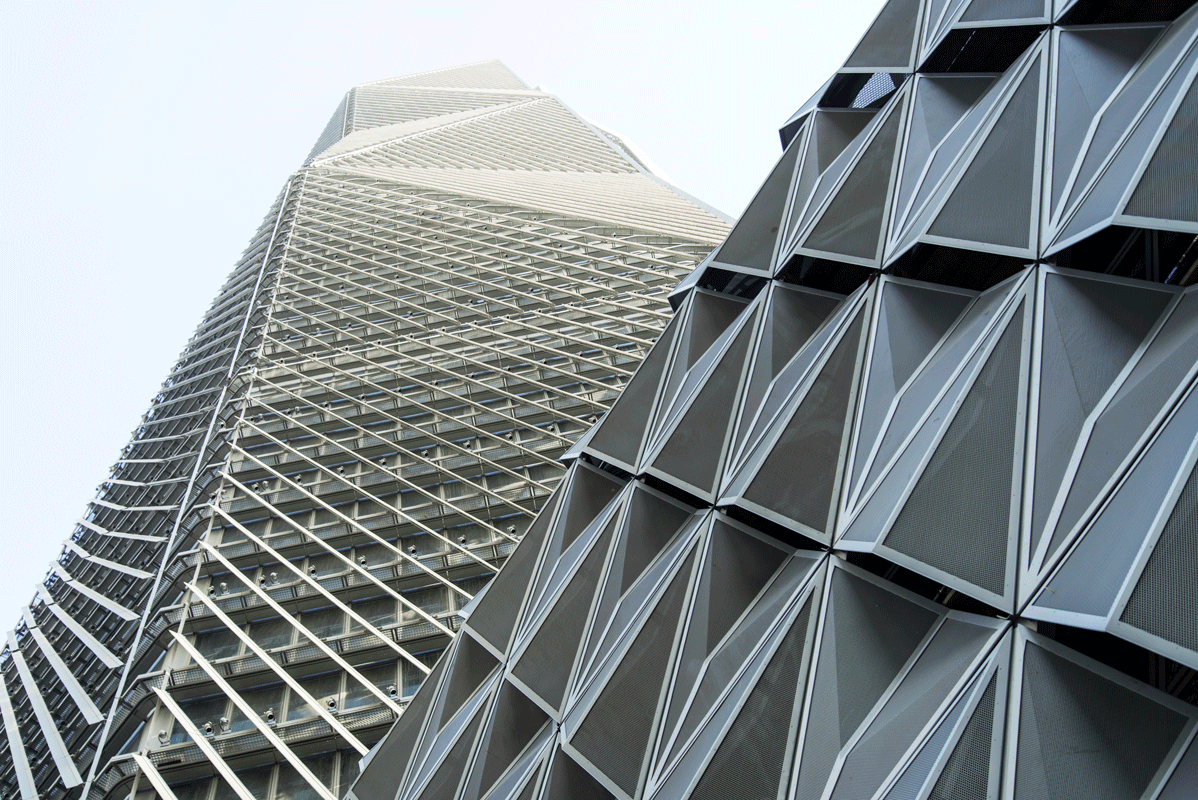 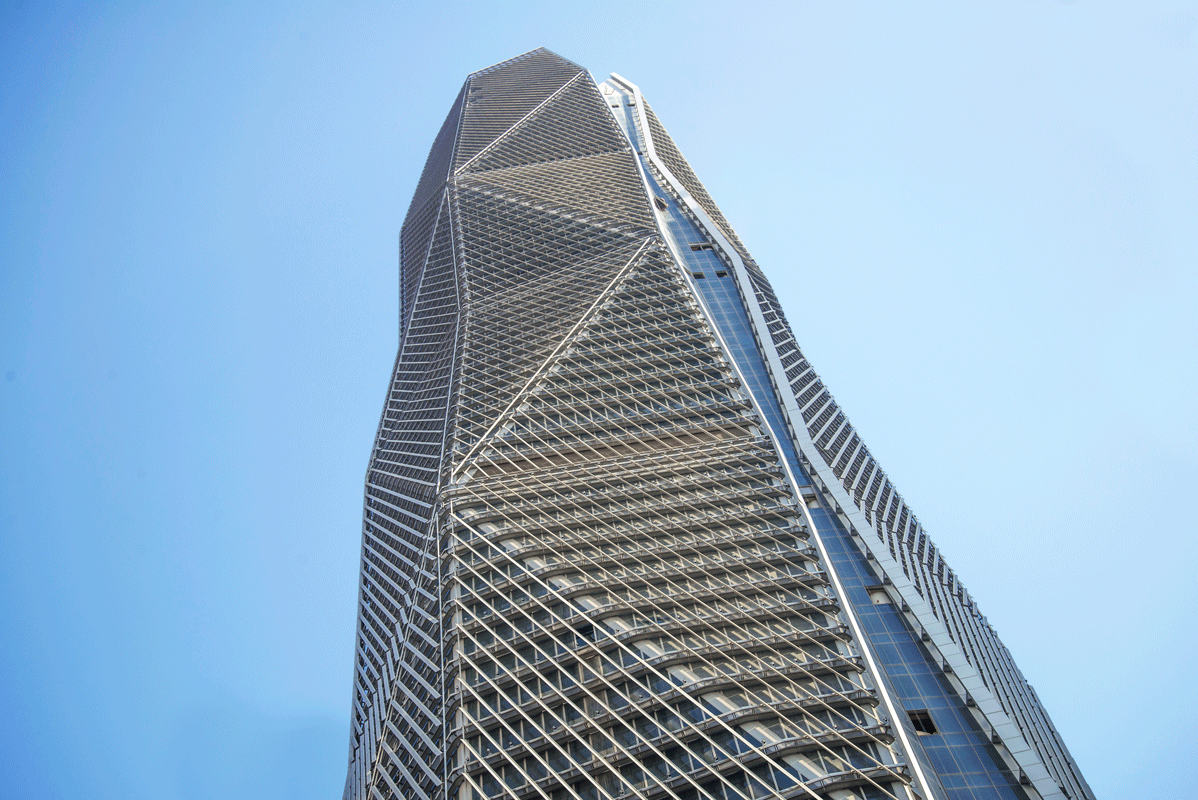 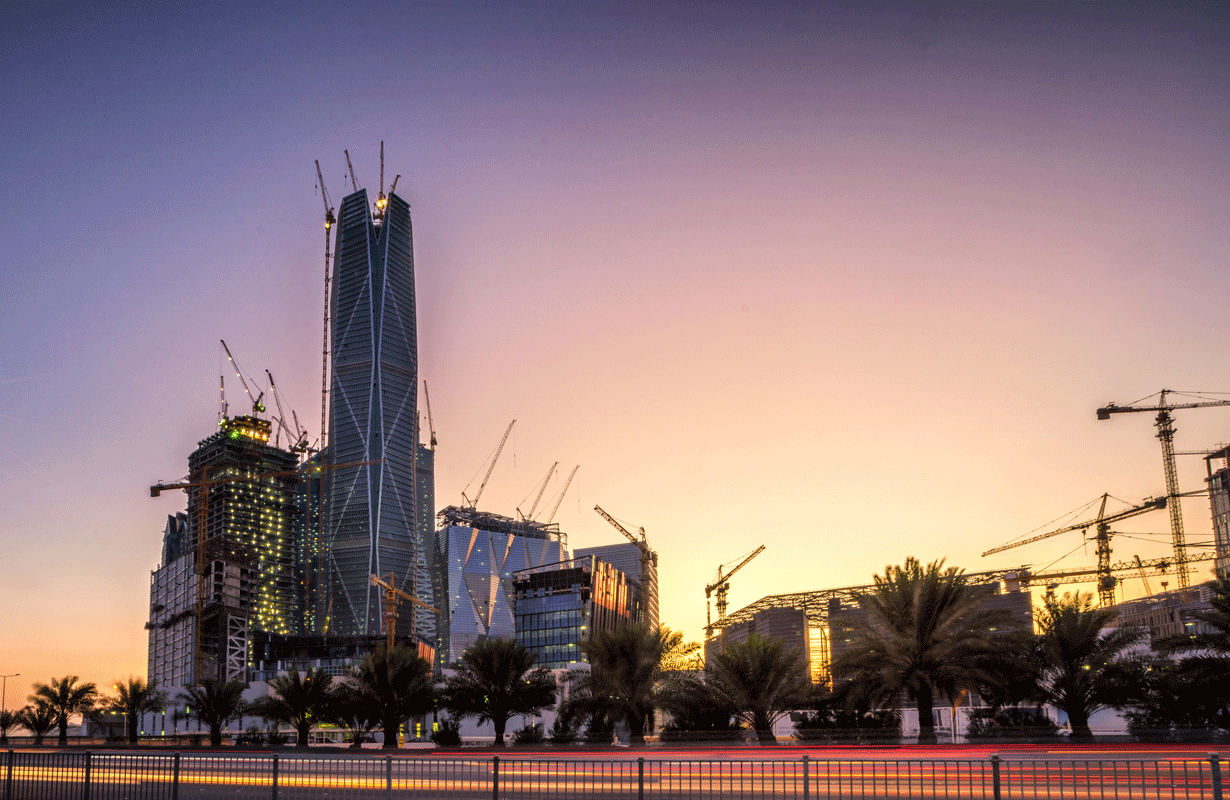