Collaborating closely with the L Brands design team, Front developed the design through multiple iterations, continually searching for a façade system that was able to capture the Victoria’s Secret brand identity. The goal emerged to achieve a dynamic façade that played with the iconic pink ribbons of the Victoria’s Secret brand. The team tested many different build-ups and examined a variety of different materials and forms, but ultimately decided to implement double-side milled acrylic panels, illuminated at the base of each panel.

Throughout the 5th Avenue and 51st Street facades, there are four different ribbon patterns, with five different milling patterns on each panel, creating visual movement as pedestrians walk by. The acrylic panels are lit from below to maintain a shallow facade cavity, which is constrained in depth by the existing structural conditions. Acid etched pink mirror panels are integrated behind the acrylic panels, increasing visual depth and forming the interior layer of the facade cavity. Laminated low-iron glass forms the exterior layer and weather barrier.
At the pedestrian level, the storefront is clad with black milled stone panels, which are fluted every foot. This results in a rich textured surface that carries the dynamism of the upper panels while contrasting sharply with the entrance, display windows, and upper panels. 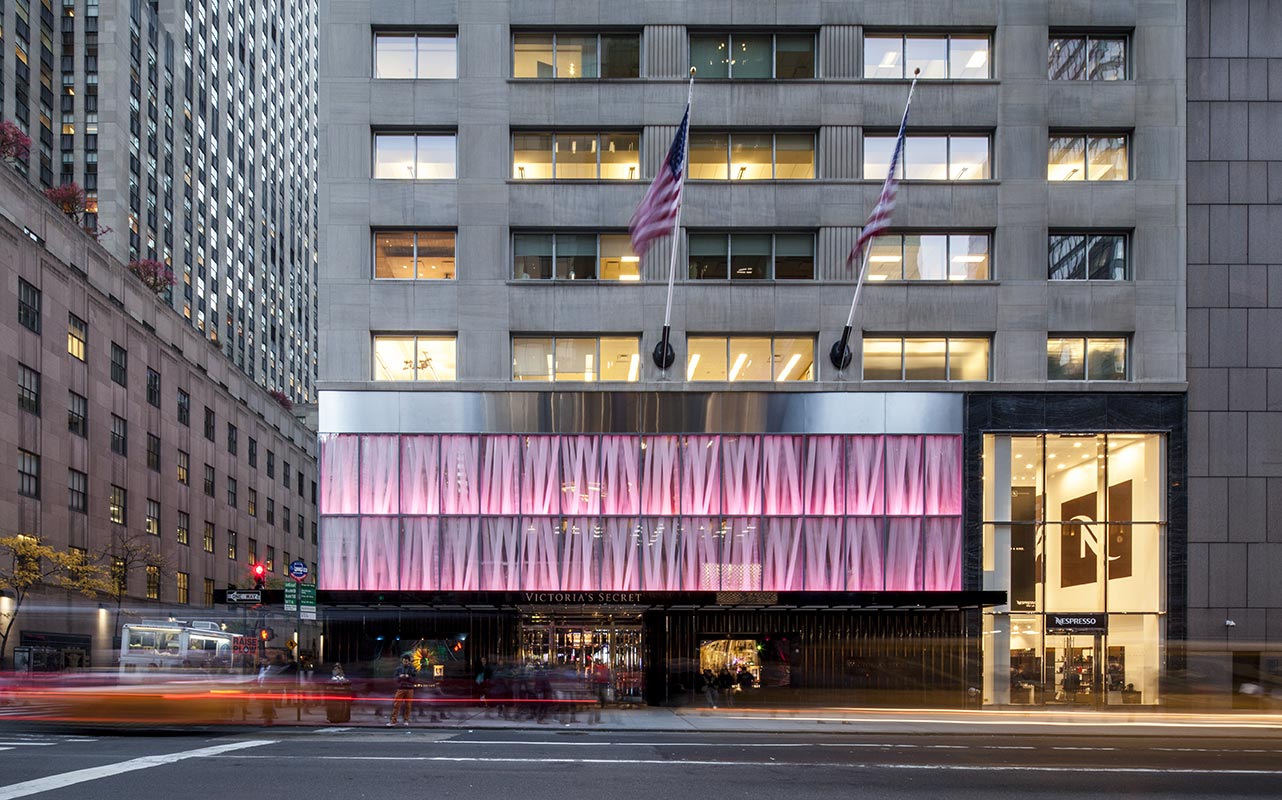 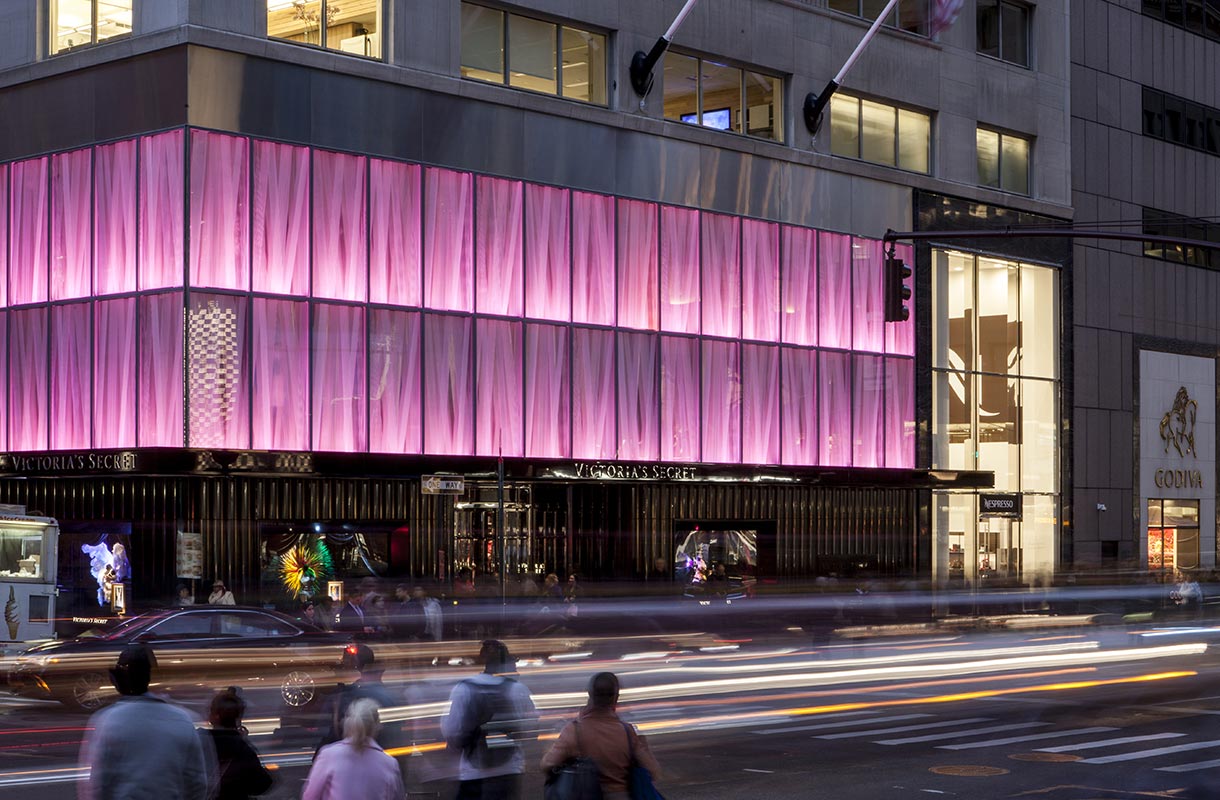 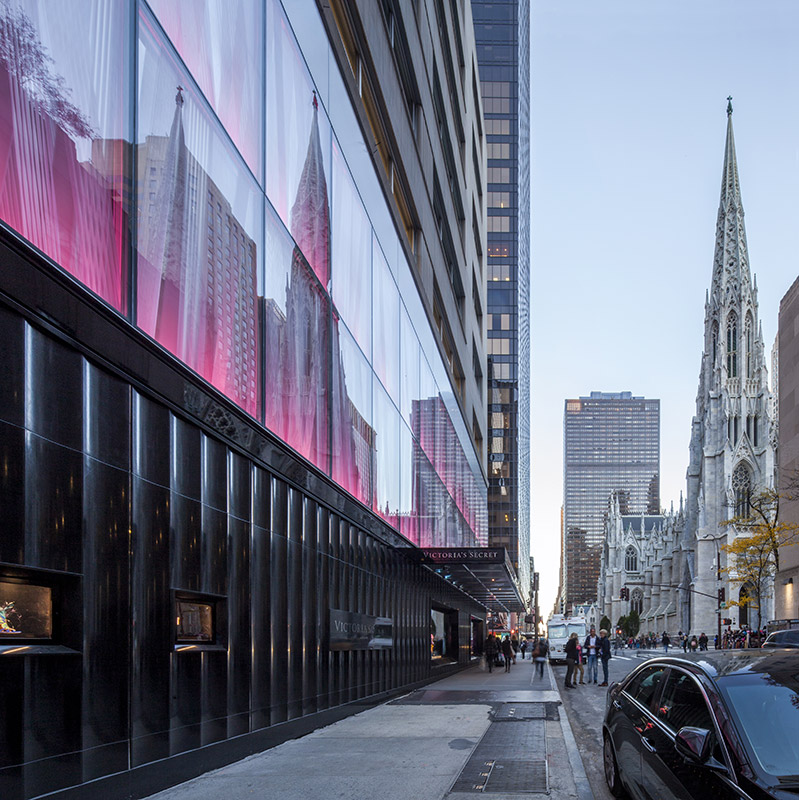 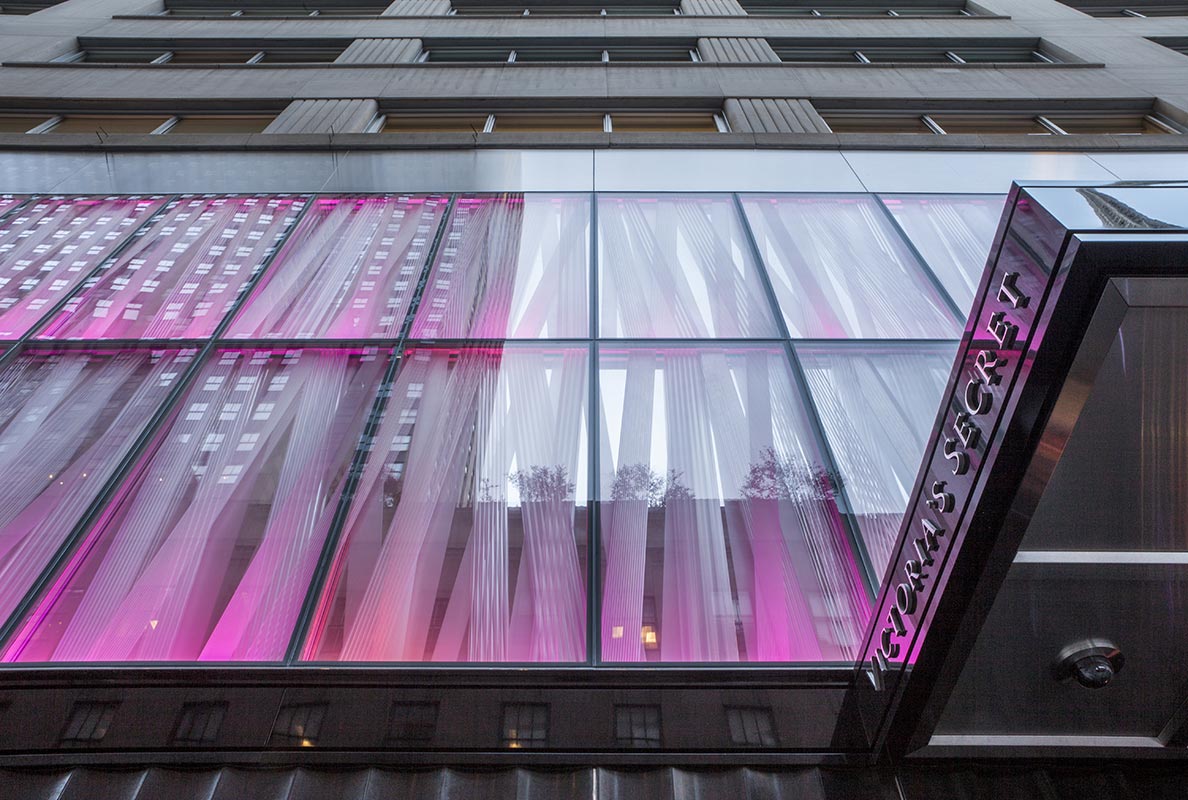 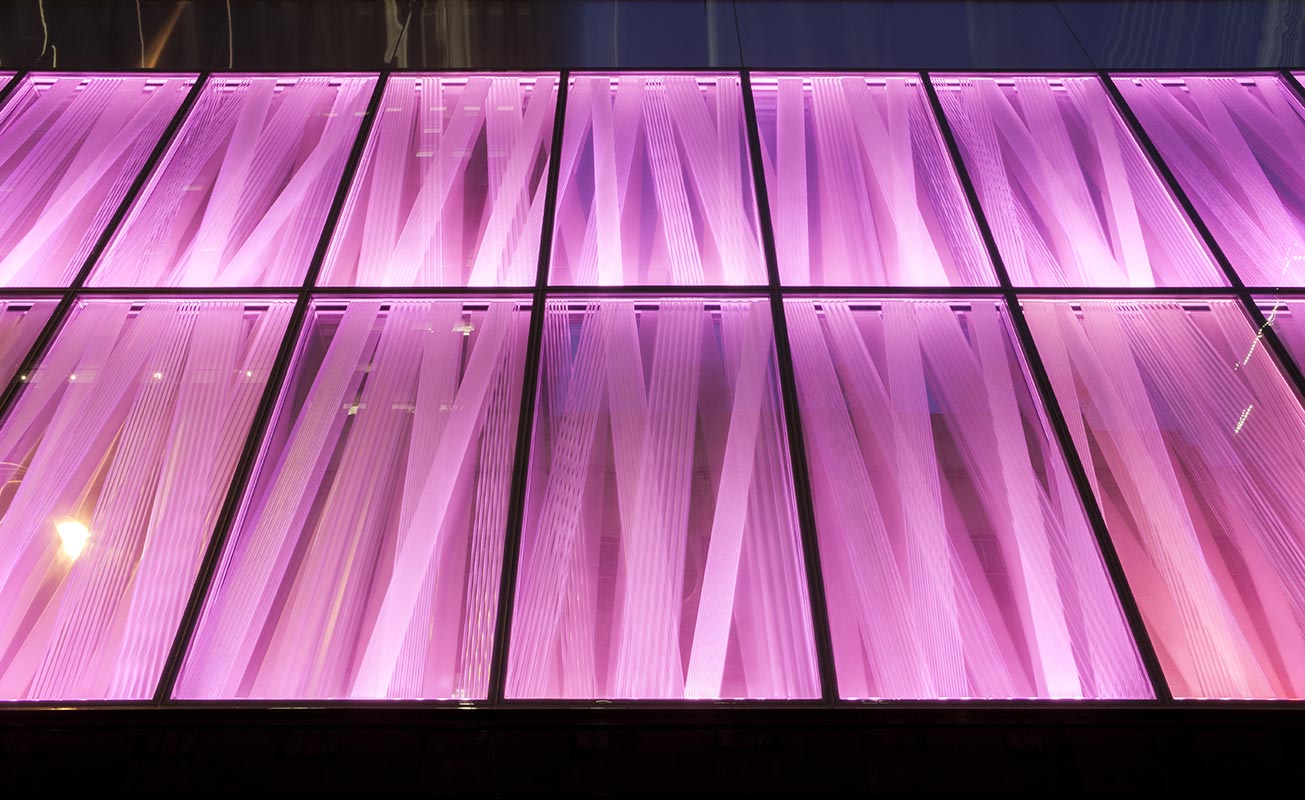 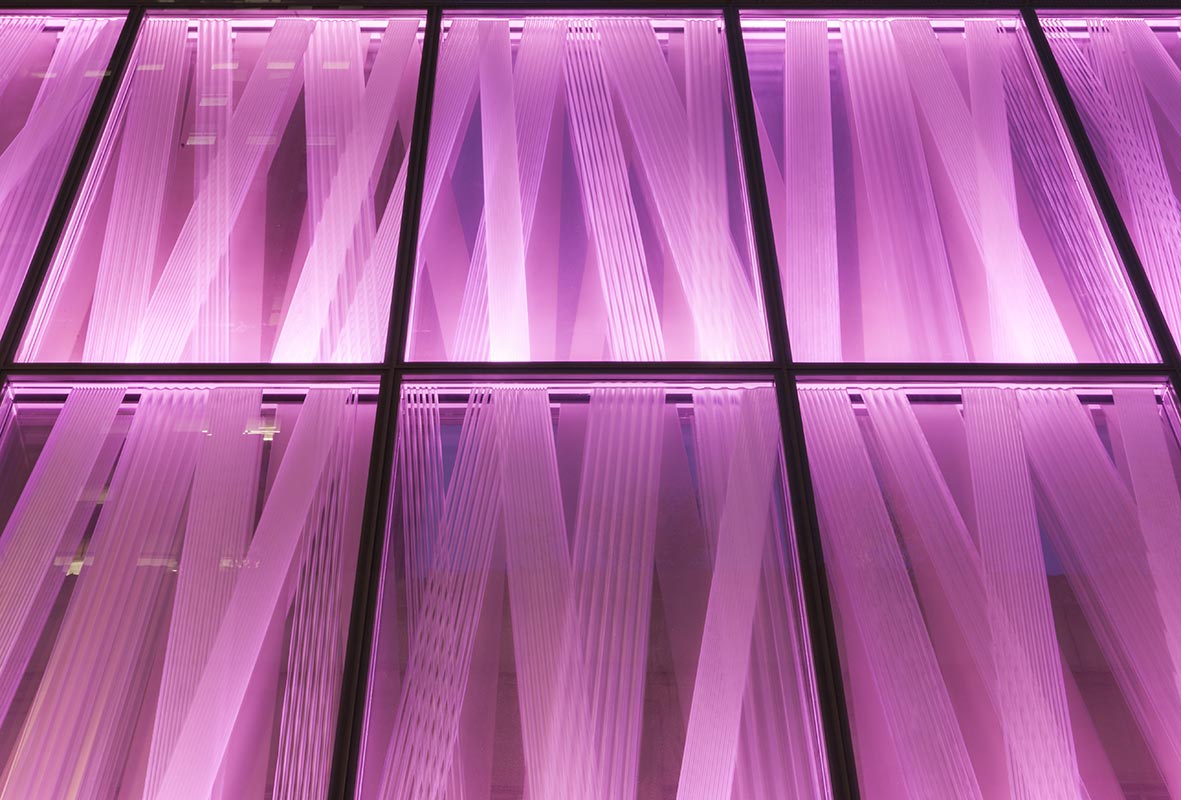