This four story, 29,300 ft2 (2,720 m2), Victoria’s Secret flagship store in Shanghai is prominently located at the entry corner to Lippo Plaza. The project is a re-clad of an existing building, that was previously a Louis Vuitton store. The new facade is constrained to the existing fenestration grid and is anchored to the existing structure in the same manner as the previous system.

Front was responsible for both the facade design and technical consulting. Working closely with the LBrands team, Front developed the facade design from initial concept to construction documents, employing sketches, renderings and visual mock-ups as design tools. Iterative visual mock-ups were key to the design process allowing various multi-layered facade assembly options to be tested. The goal was to find a solution that best captures the Victoria’s Secret brand identity using the iconic pink ribbons within a multi-layered assembly. The final selected configuration uses double-sided milled acrylic panels, which are illuminated from below, and sandwiched within a closed cavity facade with a mirrored back panel to create additional visual depth. There are four different panel pattern configurations, balancing repetition for fabrication with visual movement and variation. Along the pedestrian level, the storefront is clad with flat black granite stone panels, giving a large monolithic presence between the intricate aesthetics of the milled acrylic. 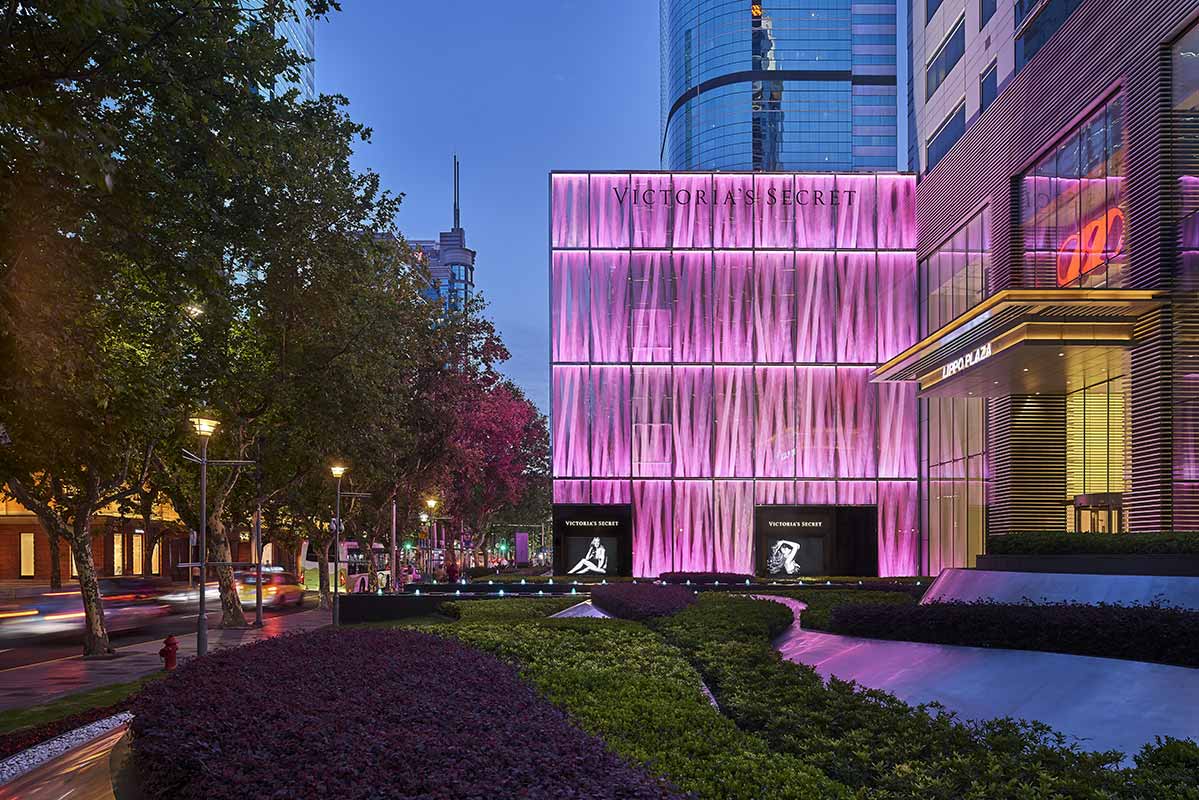 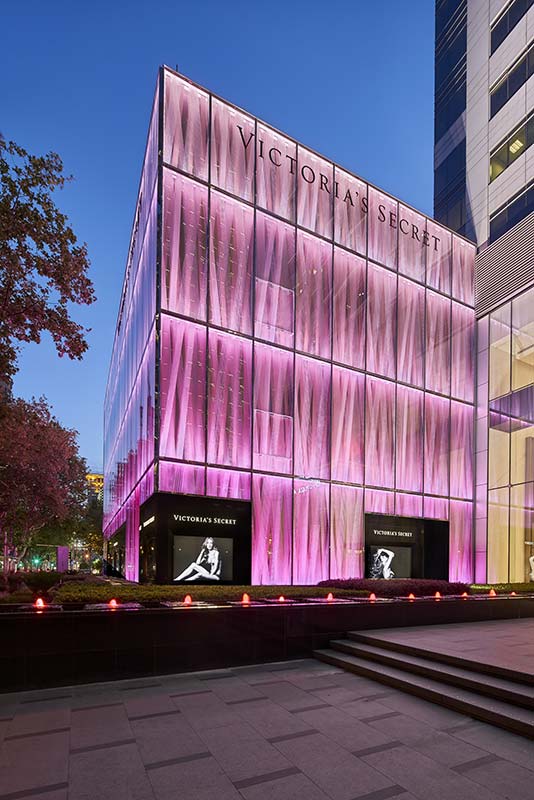 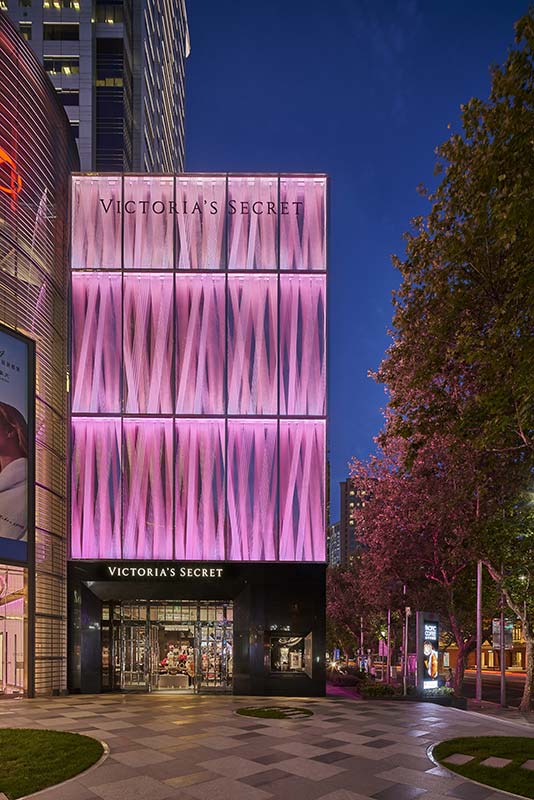 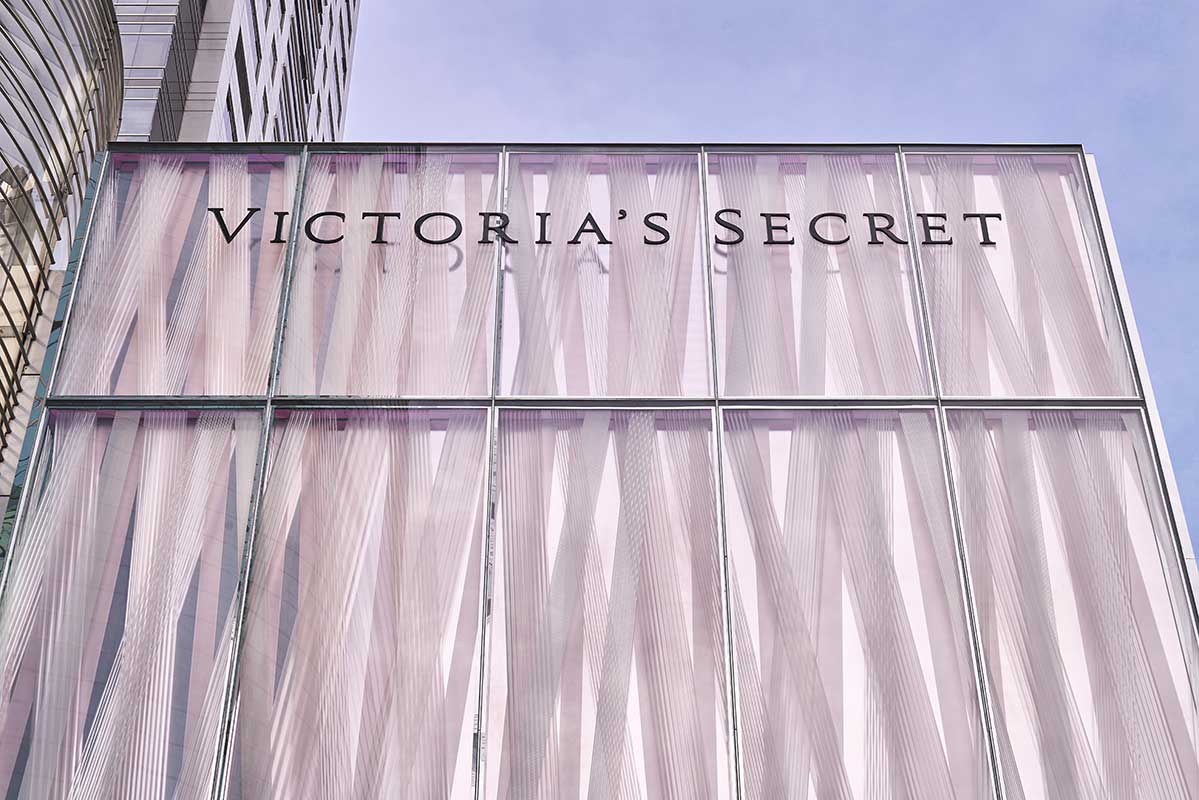 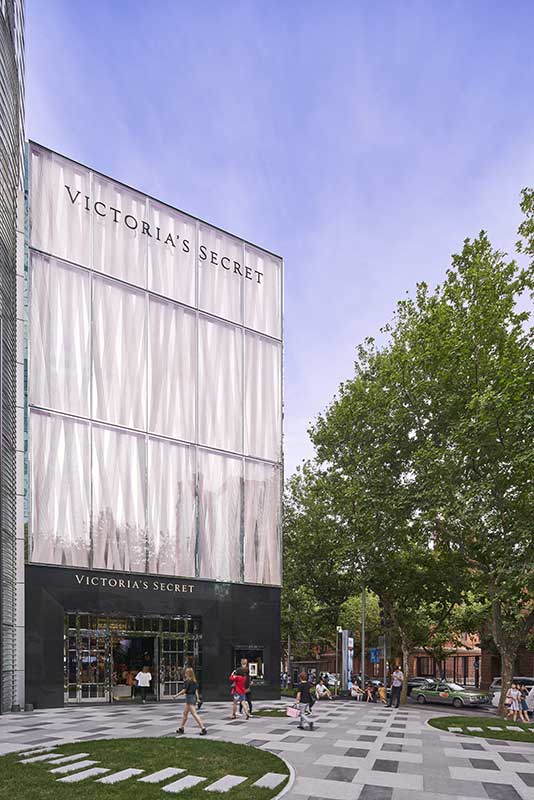 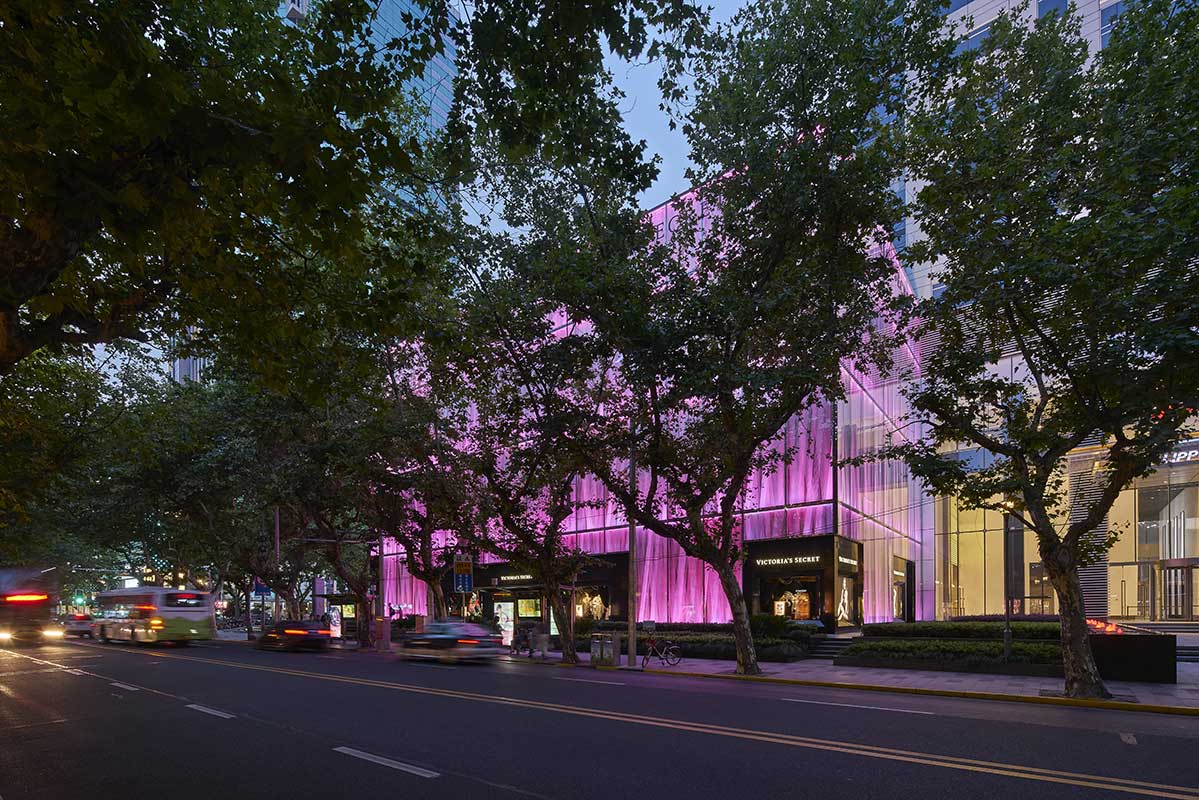 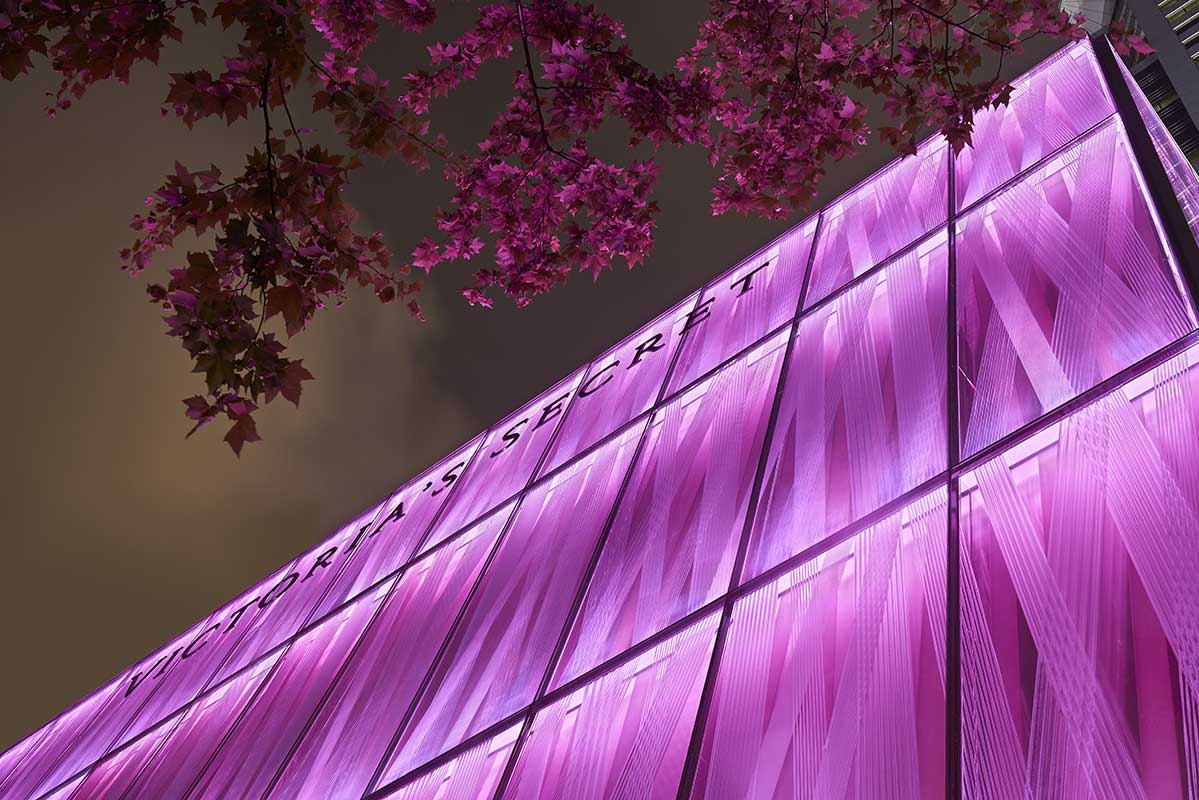